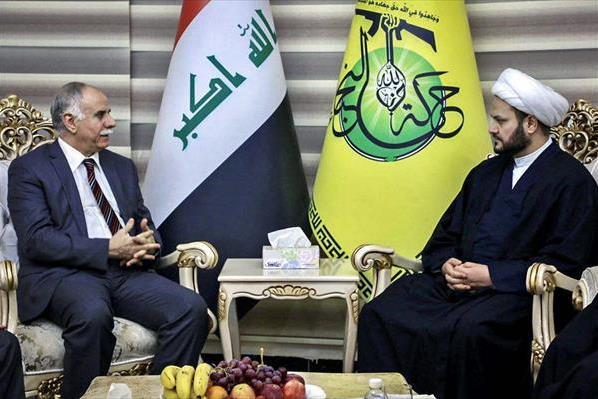 “We are fully prepared to defend the holy Quds,” Sheikh Akram al-Kaabi said in a meeting in Baghdad with Palestinian Ambassador to Iraq Ahmad Aql.

According to The Media and Relations Office of Al-Nujaba Islamic Resistance in Iran, Sheikh Kaabi condemned the recent decision of the US president regarding Quds, and said moving the arrogant countries' embassy to Quds is a provoking act aimed at giving legitimacy to the Zionist entity.

The Palestinian envoy, for his part, praised al-Nujaba's supporting position and the readiness of the resistance group to defend the Islamic frontiers.

The two sides also emphasized the necessity for unity among Muslims worldwide against Zionism and global arrogance.

On December 6, US President Donald Trump announced his decision to recognize Quds as Israel’s so-called capital and relocate the US embassy from Tel Aviv to the holy city.