TEHRAN, December 31 - As part of Washington’s policies that support Daesh organization, US helicopters evacuated groups of Daesh terrorists from al-Sad (dam) camp, south of Hasaka city to an unknown destination. 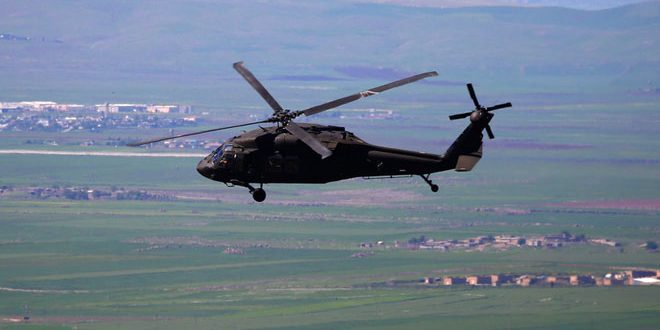 TEHRAN, Young Journalists Club (YJC) - Civil sources reported Saturday that the US-led international coalition evacuated groups of Daesh terrorists from al-Sad camp in the southern countryside to an unknown destination aboard military helicopters took off from the vicinity of al-Basel Dam, south of Hasaka city.

The sources said that these groups are the same groups that were previously evacuated by the international coalition from the eastern countryside of Deir Ezzor, specifically from al-Shu’aitat villages.

Last Wednesday, the US helicopters came from the northern countryside of Deir Ezzor and flew on a low altitude above al-Sad camp for the displaced and landed near al-Basel Dam to the south of Hasaka city carrying a number of Daesh leaders.