TEHRAN, December 31 - Eighty one journalists were killed and many more faced harassment as threats against journalist soared to an unprecedented level in 2017, according to the International Federation of Journalists (IJF). 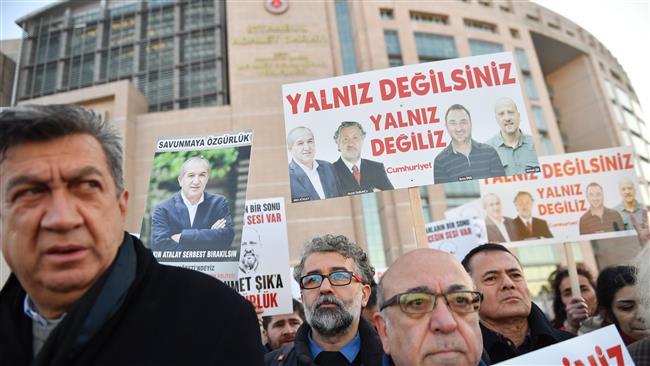 TEHRAN, Young Journalists Club (YJC) - The journalists died either in direct assassination attacks or were caught in crossfire incidents around the world, according to the IJF’s annual “Kill Report,” media reported on Saturday.

​The largest number of journalists killed was in Mexico, but many also died in main conflict zones, including Afghanistan, Iraq, and Syria.

But the number of deaths as of December 29 was the lowest in a decade, showing a decline compared to the 93 journalists killed in 2016.

IFJ President Philippe Leruth said that while the drop in deaths “represents a downward trend, the levels of violence in journalism remain unacceptably high.”

Most of those killed were men, and among the eight women killed, only two were Europeans, namely Kim Wall in Denmark, whose chopped-up body was found months after interviewing an inventor in a submarine, and Maltese investigative journalist Daphne Caruana Galizia, who was killed by a bomb planted in her car.

“Journalists are targeted by those wishing to silence their reporting exposing political, economic or criminal interests — information that is in the public interest,” Reporters without Borders UK bureau director, Rebecca Vincent, said.

“More journalists are being deliberately targeted for their work [60%] with the other 40% killed in the field doing their jobs,” she added.

The IFJ warned, “Unprecedented numbers of journalists were jailed, forced to flee, that self-censorship was widespread and that impunity for the killings, harassment, attacks and threats against independent journalism was running at epidemic levels.”

IJF also expressed concern about India, which prides itself as the world’s largest democracy, where it said attacks on journalists were being motivated by violent populism.