TEHRAN, December 31 - Iran's President Hassan Rouhani says the Iranian people are completely free to express their criticism of the government or stage protests according to the Constitution and citizenship rights, and in a way that would lead to the improvement of the country's conditions. 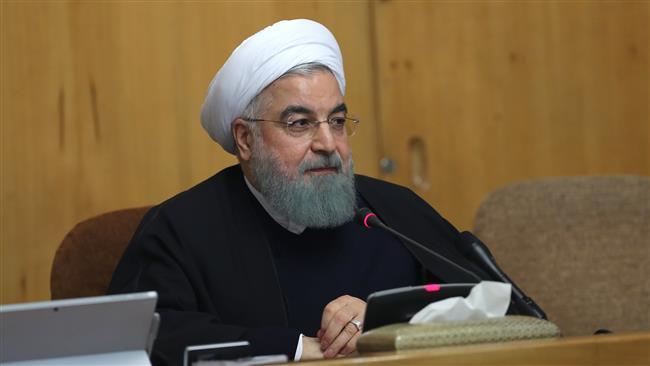 TEHRAN, Young Journalists Club (YJC) - Rouhani made the remarks while addressing a Cabinet session on Sunday as he pointed to recent gatherings in protest against economic conditions in a number of Iranian cities.

"We are a free nation and based on the Constitution and citizenship rights, people are completely free to express their criticism and even their protest," he said.

However, he added that the manner of expressing criticism and protest must lead to the improvement of the country's conditions and people's lives.

He emphasized that the settlement of some problems in the country was "not easy and takes time," calling for cooperation between the Iranian government and nation to solve those problems.

The Iranian people have the right to voice their criticism with regard to all affairs, Rouhani said, adding, "We believe that the government and the country belong to the people and the people must properly express what they want."

Rouhani emphasized that criticism completely differed from violence or inflicting damage on public property, saying, "We must not allow an atmosphere to be created in the country under which supporters of the revolution and people will be concerned about their lives and security."

Since Thursday, groups of Iranian protesters have held rallies in several cities to voice their anger over rising prices and economic conditions.

Habibollah Khojastehpour, Lorestan Province's deputy governor for political and security affairs, said on Sunday that two people were killed during a protest rally in the western city of Dorood on Saturday, adding that Takfiri groups and foreign intelligence services appeared to be behind the killings.

"Our goal was to end the gathering peacefully, but due to the presence of Takfiri and hostile individuals and groups directed by foreign intelligence services, two people were unfortunately killed," Khojastehpour said.

Trump in no position to sympathize with Iranians

Elsewhere in his remarks, Rouhani condemned US President Donald Trump’s comments about the protests in Iran.

"This man who today in America wants to sympathize with our people has forgotten that a few months ago he called the Iranian nation terrorist," the Iranian president said, adding, "This person who is against the Iranian nation from head to toe has no right to feel sorry for the people of Iran."

He said that national security, peace and coherence as well as the unity that existed in Iran were the "biggest assets" of the country in the restive Middle East region, emphasizing that people from all faiths and ethnicities enjoyed peaceful coexistence in the Islamic Republic.

Rouhani's remarks came after Trump took to Twitter to express support for the demonstrations in several Iranian cities, claiming that "the good people of Iran want change."

Trump's remarks came shortly after he made outrageous and insulting comments about Iranians.

In his speech on strategic review of US policy on Iran in October, Trump used “Arabian Gulf” to refer to the waters separating Iran and the regional Arab states, which are historically known as the Persian Gulf.