TEHRAN, December 31 - A former national security official at the White House warned Saudi Arabia about the dire consequences of its support for the terrorist groups, voicing concern that Al Saud, encouraged by US President Donald Trump, could risk confrontation with Iran. 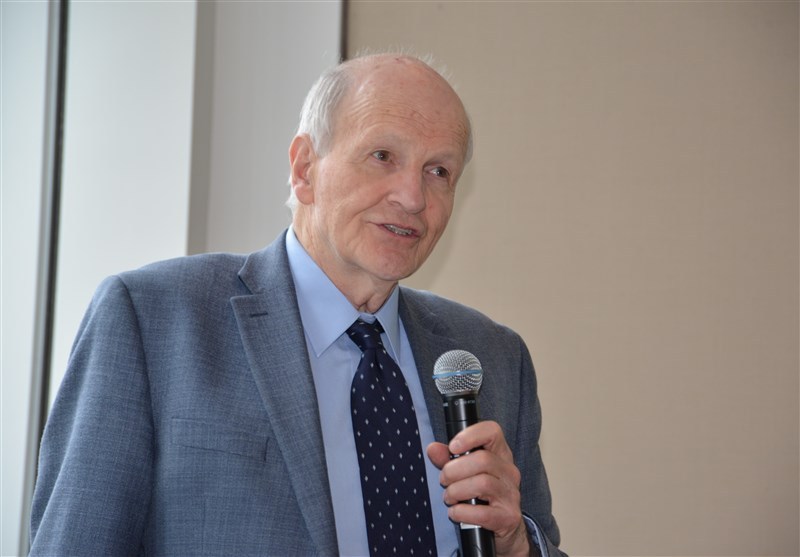 TEHRAN, Young Journalists Club (YJC) - Frank N. von Hippel, the assistant director for national security in the White House Office of Science and Technology Policy during 1993–1994, blamed the Trump administration’s uncritical support for Saudi Arabia and Israel, in an interview with Tasnim.

The author and academic figure also denounced the Saudi military campaign against Yemen, expressing the hope that Iran’s prudent administration would prevent tensions from escalating.

Mr. von Hippel's areas of research include nuclear arms control and nonproliferation, energy, and checks and balances in policymaking for technology. Prior to going to Princeton University, he worked for ten years in the field of elementary-particle theoretical physics. He has written extensively on the technical basis for nuclear nonproliferation and disarmament initiatives. He won a 1993 MacArthur fellowship in recognition of his outstanding contributions to his fields of research.

The following is the text of his interview with Tasnim:

Tasnim: As you know, 128 UN members defied US President Donald Trump and voted in favor of a resolution calling for the US to withdraw its decision to recognize Jerusalem (al-Quds) as the capital of Israel. How meaningful or effectual, do you think, was the move by such resounding majority of UN members, as only nine voted against?

Von Hippel: I think that it is very meaningful that there is such international solidarity in support of a two-state solution for the Israel-Palestine problem. I don’t expect that it will be effective, however, until we have new leaderships in Israel and the U.S.

Tasnim: Do you see any chance that Trump would press ahead with his plan to relocate the US embassy to al-Quds given the widespread international opposition?

Von Hippel: I think he will press ahead but I understand that construction of a new embassy in Jerusalem will take years. Hopefully, before then, the United States will have a new president and a changed policy.

Tasnim: What are the practical consequences of the controversial decision by the US administration to declare Jerusalem capital of Israel? How would it influence the regional developments and the already delicate situation in the Middle East?

Von Hippel: I think that the more dangerous issue is the confrontation of Iran with Saudi Arabia and Israel, both of whom are being backed uncritically by the Trump Administration. I hope that this confrontation can be kept from escalating. I am glad that President Rouhani and Foreign Minister Zarif are in their current positions. They are much more sophisticated and cool-headed than former President Ahmadinejad.

Tasnim: How could Trump’s new strategy impact on the policies of the other regional players, most notably Iran, Russia and Turkey -which played a major role in the settlement of Syria crisis by initiating the Astana peace process- or even Saudi Arabia?

Von Hippel: Russia and Turkey’s foreign policies appear to be largely independent to that of the U.S. I have already mentioned above that I am concerned that Saudi Arabia may become more militaristic as it already has in Yemen. I hope, however, that Saudi Arabia has learned how dangerous it is to back religious terrorist groups.