US seeks to replace independent governments with puppet ones: Analyst

TEHRAN, January 1 - An analyst believes the United States has always been at war with sovereign independent nations in an attempt to replace them with pro-Western puppet regimes, adding that Washington’s agenda is “belligerence against other countries”. 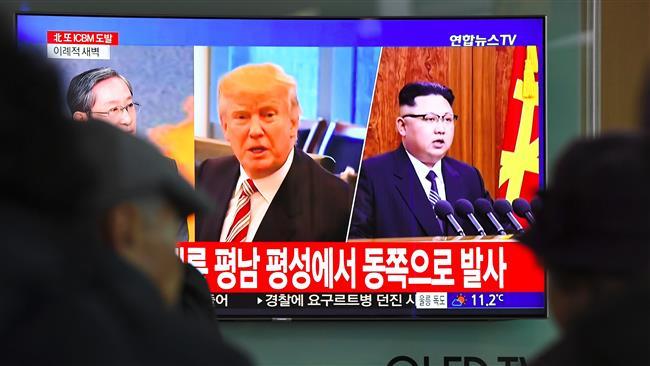 TEHRAN, Young Journalists Club (YJC) - The analyst’s comments came after North Korean leader Kim Jong-un issued a stern warning to the US, saying that the "nuclear launch button" is on his desk if the country’s security is threatened.

“Throughout its entire history, North Korea has never attacked another country, it does not threaten any now, but it is threatened by America - the possibility that America wages another war against the country … America is a great threat which is the reason North Korea has and continues to develop its nuclear and ballistic missile capabilities. It does not want to use them, it wants to have them as deterrents to keep America from attacking the country. That is the only reason it has these programs,” Stephan Lendman, writer and radio host told PressTV in an interview on Monday.