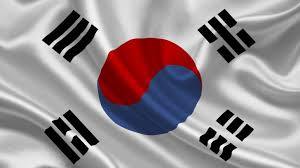 The spokesman said that if the PyeongChang Olympics are held successfully, it will contribute to peace and harmony on the Korean Peninsula as well as in Northeast Asia and the world.

The Blue House, the spokesman said, had agreed to talk with the DPRK, regardless of the timing, venue and dialogue form, if the issues are related to restoring inter-Korean relations and peace on the Korean Peninsula.

The spokesman said South Korea wished to find solutions with the DPRK on the inter-Korean issues while peacefully resolving the DPRK's nuclear issue in close cooperation with the international community.

The comments came after Kim, the top DPRK leader, said in his New Year's address earlier in the day that the DPRK will take necessary measures to prepare to participate in the winter sports event, including talks with South Korea about the DPRK's participation.

Kim said the two sides should reduce the highly tense military confrontation to create a peaceful environment for reconciliation.

The PyeongChang Winter Olympic and Paralympic Games were scheduled to kick off in February in South Korea's namesake county of PyeongChang in the eastern Gangwon province.

South Korean President Moon Jae-in said last month that annual springtime war games between South Korea and the United States can be delayed to ease tensions on the Korean Peninsula before the PyeongChang games.

Moon said he had made that proposal to the U.S. side, which had been reviewing Moon's proposal. Moon noted that the overture depended solely on how the DPRK would respond.

The South Korea-U.S. joint military exercises, codenamed Key Resolve and Foal Eagle, are likely to be delayed as the DPRK proposed talks with South Korea about its participation in the Winter Olympics.

If inter-Korean talks are held to discuss the DPRK's participation in the sports event, other issues could be on the dialogue table such as the reunion of separated families between the two Koreas and the halt of hostile acts near the inter-Korean border.

Moon, who took office in May, had made four proposals to the DPRK, including the reunion of the divided families between the two Koreas, the DPRK's participation in the PyeongChang Winter Olympics, the cease of hostile acts near the military demarcation line separating the two Koreas, and inter-Korean dialogues.

People in South Korea and the DPRK have been banned from exchanging letters and visiting each other since the 1950-1953 Korean War ended in an armistice. The peninsula is technically in a state of war since then.