TEHRAN, January 2 - Life returned to normal in Iranian cities, including the capital, after a few days of unrests which draw condemnation from the majority of the country’s people. 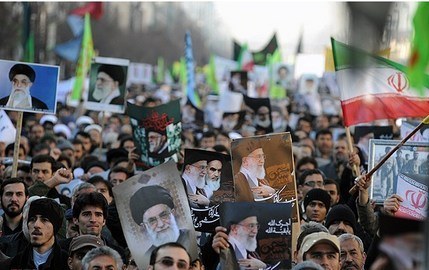 TEHRAN, Young Journalists Club (YJC) - In separate pro-government demonstrations staged in various cities of the country on Monday evening, the people condemned recent attacks and acts of vandalism by some rioters during public protests over prices hikes.

The spontaneous demonstrations broke out in different cities, including the northwestern city of Zanjan and the western city of Dorud, to decry recent riots.

According to a statement released by the Intelligence Ministry on Monday, some of the peaceful gatherings held in recent days in order to express public demands had turned violent due to the presence of suspicious and aggressive elements who damaged public property and caused casualties.

Some cities of Iran witnessed rallies over the past days in protest at price hikes and economic woes.

According to Article 27 of the Iranian Constitution, “public gatherings and marches are allowed so long as the participants do not carry arms and are not in violation of the fundamental principles of Islam.”

Following the civil rallies, some Western and Arab media outlets tried to portray the protests as a political uprising against the Establishment.

Iranian officials maintain that people have the right to stage protests to express their opinions, as long as the rallies comply with the legal conditions.