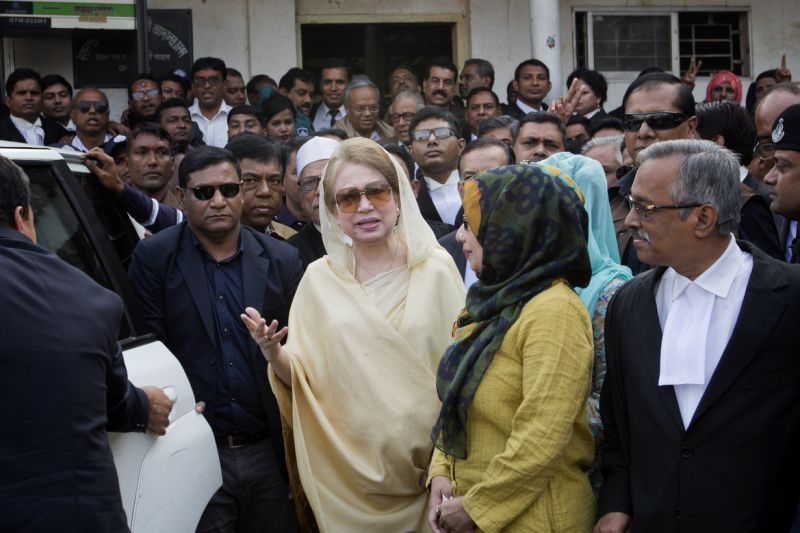 TEHRAN, Young Journalists Club (YJC) - Magistrate Joynab Begum issued orders in a packed courtroom in Comilla district against Zia and 48 other opposition activists in the case after a police official pressed charges against them.

The official says authorities found Zia and the others responsible for the attack on a bus that killed eight people in 2015.

It is unlikely that Zia would be arrested because she often obtains legal protection from the High Court against arrest or harassment.

There was no immediate reaction from Zia's Bangladesh Nationalist Party.

A prosecution lawyer said after Tuesday's order was issued that it would ask the court to indict the defendants.

Zia faces numerous such cases involving violence. Her party says they are politically motivated, but authorities have rejected the claims.

The cases against Zia are crucial because if she is found guilty in any of them, she would be ineligible to contest a national election scheduled for later this year.