TEHRAN, January 2 - Egypt has hanged four men convicted by a military court of killing three military students in a bombing in 2014, security sources said on Tuesday. 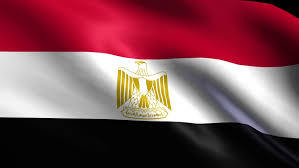 TEHRAN, Young Journalists Club (YJC) - It was the second reported multiple execution of convicted militants in a week.

A week ago Egypt hanged 15 men accused of deadly attacks in the Sinai peninsula, believed to be the largest number of people executed in a single day since President Abdel Fateh al-Sisi took power.

The latest executions were carried out in the Borg al-Arab prison, west of the coastal city of Alexandria, after the military appeals court rejected appeals by the defendants, the sources said.

The four were hanged for their role in a bombing in the Nile Delta town of Kafr al-Sheikh that took place during violence that followed the ouster of President Mohamed Mursi of the Muslim Brotherhood. Sisi, then the military chief, removed Mursi in mid-2013 after mass protests against Mursi’s rule.

The court also sentenced three others in absentia to death, and jailed eight others, including Salah al-Feki, head of the Muslim Brotherhood’s administrative office in Kafr al-Sheikh.

Authorities banned the Brotherhood and declared it a terrorist organization after Mursi was deposed, arresting thousands of its members and supporters.

Since then, Egypt has faced a growing insurgency from Daesh fighters in the Sinai Peninsula.