TEHRAN, January 2 - The Palestinian Islamic resistance movement, Hamas, has called upon Palestinian Authority President Mahmoud Abbas to withdraw from the Oslo Accords and put an immediate end to all its security cooperation with the Tel Aviv regime in protest at the Israeli parliament's vote to consolidate its occupation of Jerusalem al-Quds. 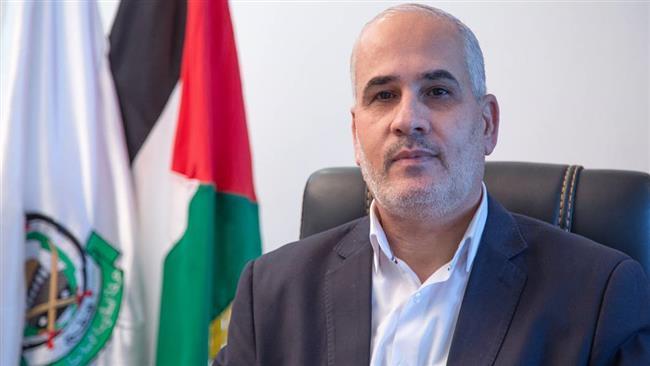 TEHRAN, Young Journalists Club (YJC) - Hamas spokesman Fawzi Barhoum, in a statement released on Tuesday, urged Abbas to establish a framework for Palestinian political factions on the basis of anti-Israel resistance in order to restore the rights of the Palestinian nation and disrupt the Israeli regime’s equations.

He also stressed the need to “escalate the uprising in al-Quds, and rally regional and international support for justice and Palestinian cause in the face of US and Israeli radical and racist policies.”

Barhoum went on to say that the Israeli parliament's Jerusalem al-Quds bill “is in continuation of a series of attacks on the holy city, and in line with targeting the Palestinian population there and falsifying history and realities.”

The senior Hamas official said the Israeli regime poses a threat not only to the Palestinian nation but also to the entire Middle East region in the wake of US President Donald Trump’s recognition of Jerusalem al-Quds as Israel’s capital, and the international community’s silence on the crimes and terrorist acts of the Tel Aviv regime.

Earlier on Tuesday, Israeli legislators approved the amendment to existing legislation on Jerusalem al-Quds, raising the number of required votes from 61 to 80 in the 120-seat parliament (Knesset) before the regime can relinquish control over any portion of the holy city to a “foreign party.”

The bill, backed by Israel’s ruling right-wing coalition, was passed with 64 legislators voting in favor and 52 against.

On December 6, Trump announced his decision to recognize Jerusalem al-Quds as Israel’s capital and relocate the US embassy in Israel from Tel Aviv to the occupied city.

On December 21, the United Nations General Assembly overwhelmingly voted in favor of a resolution that calls on the US to withdraw its controversial recognition of Jerusalem al-Quds as Israeli “capital.”

In an attempt to avert the resolution, Trump had warned that “we’re watching,” threatening reprisals against countries that backed the measure, which earlier faced a US veto at the UN Security Council.

Israel, however, rejected the world body’s resolution while thanking Trump for his decision to move the US embassy from Tel Aviv to Jerusalem al-Quds.

Share to
Related News
Abbas turns to African states after saying no future role for US in Palestinian issues
In first, Egypt forces gun down Palestinian fisherman
Iraq’s parliament passes resolution against US policy shift on Quds
Israel begins implementing plan to force out 38,000 African migrants
Tags
Hamas ، Israel ، Oslo Accord
Your Comment