TEHRAN, January 3 - Asian stocks struck a decade peak on Wednesday as risk appetites were whetted by a bevy of upbeat manufacturing surveys that confirmed a synchronized upturn in world growth was well under way. 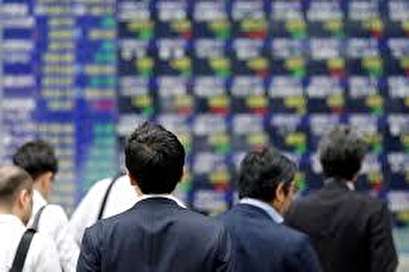 TEHRAN, Young Journalists Club (YJC) - Asian stocks struck a decade peak on Wednesday as risk appetites were whetted by a bevy of upbeat manufacturing surveys that confirmed a synchronized upturn in world growth was well under way.

Activity was especially strong in Europe, lifting bond yields there and driving the euro to within a whisker of its highest in three years against a beleaguered U.S. dollar.

MSCI’s index of Asia-Pacific shares outside Japan .MIAPJ0000PUS rose 0.4 percent, having jumped 1.4 percent on Tuesday in its best performance since last March. The index is creeping ever closer to the all-time peak of 591.50 reached in late 2007.

Wall Street had started the new year as it ended the old, scoring another set of record closing peaks. The Dow .DJI rose 0.42 percent, while the S&P 500 .SPX gained 0.83 percent and the Nasdaq .IXIC 1.5 percent. [.N]

The gains in riskier assets came as industry surveys from India to Germany to Canada showed quickening activity.

“The breadth of the recovery is extraordinary,” said Deutsche Bank macro strategist Alan Ruskin, noting that of 31 countries covered, only three failed to show growth while all the largest manufacturing sectors improved.

“The global economy and risky assets are now solidly into a virtuous cycle, whereby growth is propelling risky assets like equities higher, that are then supporting growth,” he added.

“This is not a global economy in need of the extraordinary emergency style policies pursued by the likes of the ECB and Bank of Japan.”

Indeed, with euro zone factories expanding at their fastest pace in more than two decades, speculation is rampant that the European Central Bank will start to wind down its asset buying programme later this year.

As a result, yields on 10-year German paper DE10YT=RR climbed 4 basis points to a two-month top at 0.467 percent, which in turn pushed up rates across the European periphery.

The prospect that other major central banks could play catch up with the Federal Reserve on tightening undermined the dollar, which sank to a three-month trough against its peers .DXY.

The single currency has already reached a two-year high on the yen at 135.40 EURJPY=, while the dollar lagged far behind at 112.32 yen JPY=.

The weakness of the dollar has been a positive for commodities priced in the currency.

Spot gold XAU= reached its highest since mid-September before edging back to $1,316.02 per ounce.

Oil prices hit their highest since mid-2015, only to stall when major pipelines in Libya and the UK restarted and U.S production soared to the strongest in more than four decades.