TEHRAN, January 3 - French Foreign Minister Jean-Yves Le Drian has postponed his trip to Tehran, which was planned for Jan. 5, to a future date, the French presidency said Tue., according to Reuters. 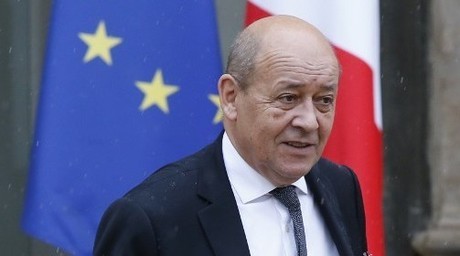 TEHRAN, Young Journalists Club (YJC) - The French Foreign Minister, who was scheduled for a trip to Tehran on January 5, has postponed his vist to a future date. The visit is said to include meetings with senior Iranian officials on various bilateral and regional issues, notable among which is the implementation of the Iran nuclear deal, dubbed JCPOA. The foreign minister’s visit will also prepare the grounds for the upcoming visit of President Macron to Iran.

The decision for postponing the trip came as Iranian President Hassan Rouhani held a phone conversation with his French counterpart Emmanuel Macron on Tuesday evening, calling on France to “take its legal responsibility to combat terrorism and violence,” criticizing that a terrorist group, called Mujahedin-e Khalq Organization (MKO), has a base in Paris, operating against the Iranian people and provoking and persuading people to take violent actions in Iran.

Macron, in turn, reassured Rouhani that France has “never supported terrorist groups and will not allow any action to take place against other countries from France.”