TEHRAN, January 3 -Bitcoin investors definitely have reason to worry, as nearly 40 percent of all bitcoins are in the hands of just 1,000 investors. Together, they can tank or prop up the market with a click of a mouse. 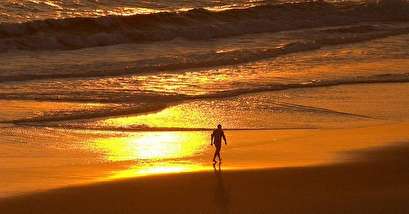 TEHRAN, Young Journalists Club (YJC) -Bitcoin investors definitely have reason to worry, as nearly 40 percent of all bitcoins are in the hands of just 1,000 investors. Together, they can tank or prop up the market with a click of a mouse.

Holders of significant amounts of bitcoin, known as whales, may want to sell about half of their digital funds, according to the former managing director and head of financial markets research at AQR Capital Management Aaron Brown, as quoted by Bloomberg.

“I think there are a few hundred guys. They all probably can call each other, and they probably have,” managing partner at Multicoin Capital Kyle Samani told the agency.

When it comes to bitcoin, sharing of information is absolutely legal, as the absence of control over digital assets allows participants not to be accused of bid rigging. Until bitcoin gets a status of a security, there are no bans against a trade where groups agree to purchase large amounts to push the price up and then sell out in minutes, according to Gary Ross, a securities lawyer at Ross & Shulga.

Regulators across the world have been too slow to keep up with virtual currencies trading. If bitcoin were correctly regulated, such moves as artificial boosting of the price and going online to spread rumors could count as fraud. A major Las Vegas bitcoin exchange Bittrex has recently warned its users about manipulating prices by making so-called pump groups. The exchange pledged to block the accounts of those banded together to push up prices.

At the same time, different digital currencies might be regulated differently. According to the US Securities and Exchange Commission (SEC), some cryptocurrencies may count as fiat currencies due to their structure and the way investors expect to earn money from them.

“I suspect that is likely true, and people should be able to do whatever they want with their own money. I’ve personally never had time for things like that though,” an early bitcoin investor Roger Ver told Bloomberg when asked about probable group manipulations.

“As in any asset class, large individual holders and large institutional holders can and do collude to manipulate price. In cryptocurrency, such manipulation is extreme because of the youth of these markets and the speculative nature of the assets,” the agency quotes co-founder of BlockTower Capital Ari Paul, as saying.

Samani reportedly tracks trading activities of big holders. Bitcoin transactions are made to be anonymous, but all of them are associated with a coded address, which can be tracked by anyone. The manager says that he calls the likely sellers and gets information on the motives that triggered the sales, as well as their plans on potential trading.