TEHRAN, January 3 - Iran's UN mission has released a statement strongly condemning comments made by US Ambassador to the UN Nikki Haley concerning the riots in the country. 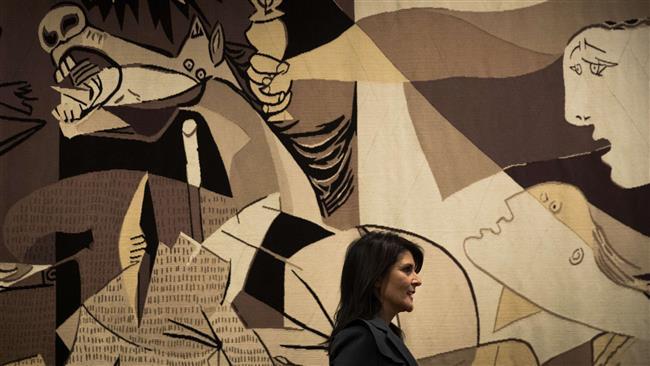 TEHRAN, Young Journalists Club (YJC) - The Tuesday statement described Haley's and other US officials' remarks as idle talks aimed at supporting violence and unrest in the country.

It added that the comments are all part of Washington’s attempts to mask its political failures and those of its allies in the region and to take revenge on the brave people of Iran.

It also called them "crocodile tears" while adding that the people of Iran still remember Washington’s support for the Pahlavi monarchy and the 1953 coup d'état in Iran.

The statement was released shortly after Haley announced that the US would call on the United Nations to hold an emergency meeting over the situation in Iran.

She also accused Iran of "attacking" freedoms which are enshrined in the United Nations' charter. She went on to call on the international community to back the riots.

Earlier in the day, Iran denounced US President Donald Trump's "insulting" tweets about the recent incidents.

Since Thursday, groups of Iranian protesters have staged demonstrations in several cities to voice their anger over rising prices and economic conditions. Sporadic violence has erupted during the protests, causing a number of casualties.