Al Shabaab kills five Kenyan policemen who were out on patrol

TEHRAN, January 3 - Five Kenyan policemen were killed in an attack on their vehicle in the northeast county of Mandera near the border with Somalia late on Tuesday, a government official in the area said. 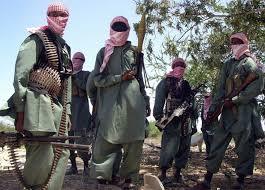 TEHRAN, Young Journalists Club (YJC) - Dozens of Kenyan security personnel have been killed in recent months in the remote lands near the border with Somalia, in raids by the al Shabaab militants from Somalia.

The group claimed responsibility for the latest attack.

“The militants also set on fire a police lorry ... The police officers were on patrol along Elwak-Kutolo when they were ambushed,” he told Reuters.

Al Shabaab has also launched other attacks in Kenya targeting civilians, in revenge for Kenya moving its troops into Somalia in late 2011.