TEHRAN, January 3 - Many rioters arrested in the recent unrest in Iran have been trained by the terrorist Mojahedin-e Khalq Organization (MKO), the IRGC commander said, adding that enemies have even dispatched a number of Daesh (ISIL) terrorists to Iran for acts of sabotage. 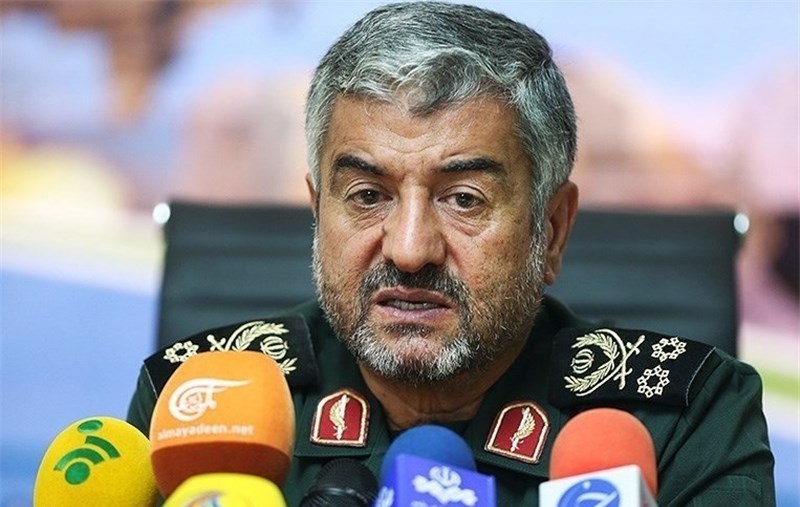 TEHRAN, Young Journalists Club (YJC) - In comments on Wednesday, Commander of the Islamic Revolution Guards Corps (IRGC) Major General Mohammad Ali Jafari said many rioters arrested after December 29 amid violent unrest in some cities of Iran have been trained by the anti-revolutionary forces and the MKO terrorists.

The timely public move to counter the riots helped security forces capture the ringleaders of sedition quickly, the general added, saying that the IRGC forces took limited action only in three provinces of Isfahan, Lorestan and Hamedan to quell the riots.

According to the commander, the US, Zionists and Al Saud have ordered a number of offense teams of the Daesh terrorist group to enter Iran for acts of sabotage and blasts, but stressed that Iran has gotten all of those attack teams under control.

Weaker teams of the terrorist group would not even dare to cross the Iranian border, he added.

Major General Jafari also disclosed a seditious plot by the rioters and their masters for a rise in the death toll from the unrest in Iran and blaming it on the government.

The “casualty-creating” scenario was carried out in the cities of Qahdarijan, Izeh and Najafabad, as even two voluntary forces were martyred by rifle pellets and stabbing, the commander went on to say.

Riots broke out in some Iranian cities last week amid peaceful rallies in protest at price hikes and economic woes.

Security forces have arrested a number of leading rioters and mercenaries affiliated with foreign intelligence services, a chief judiciary official in Tehran said.

On Tuesday, Leader of the Islamic Revolution Ayatollah Seyed Ali Khamenei highlighted the role of enemies in the recent events in Iran, saying the adversaries have employed various tools at their disposal, including money, weapon, politics and security organizations, to harm the Islamic Republic.

On Wednesday, people held demonstrations in many cities across Iran to condemn the riots and acts of vandalism.