TEHRAN, January 3 - One in 10 young American adults experienced some form of homelessness in the previous year, with nearly 3.5 million people aged 18 to 25 sleeping in shelters and cars, according to a new national survey. 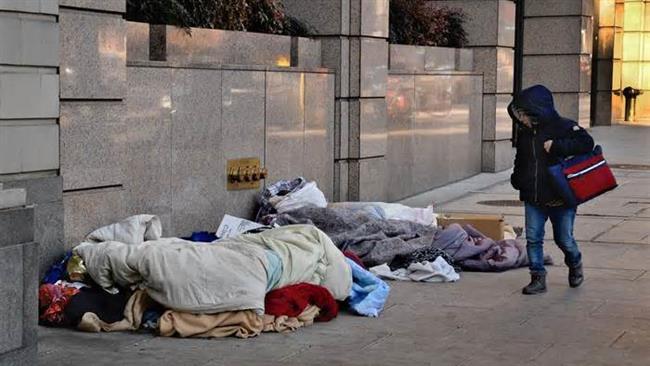 TEHRAN, Young Journalists Club (YJC) - The study by Chapin Hall, a youth policy center at the University of Chicago, also found that at least one in 30 teenagers aged 13-17 experienced homelessness over the same period.

The study, published in the Journal of Adolescent Health, polled more than 26,000 young people and their families across the country to gauge how many of them had been homeless during that period.

The survey identified college students, graduates and employed young people who struggled to find a permanent place to stay. It also found that homelessness was no less prevalent in rural areas than in urban locations, and that certain groups, including African-Americans, Hispanics, as well as those who do not complete high school, are at greater risk.

“Every day of housing instability and the associated stress represents a missed opportunity to support healthy development and transitions to productive adulthood,” the researchers concluded.

The findings “are staggering. They are alarming, but they’re not necessarily surprising,” Morton said. “Many young people are getting hammered in this economy . . . and far too many youth have experienced trauma and lack stable family situations. You have a major affordable housing crisis.”

The number of homeless people in the United States has increased for the first time since 2010, driven by a surge in the number of people living on the streets in Los Angeles, California, and other West Coast cities, according to a recent government study.

Nearly 554,000 people were homeless across America during a one-night count in January of this year, a nearly 1 percent increase from 2016, the US Department of Housing and Urban Development said in a report released last month.

In an interview with Press TV last week, an economist from California said the homeless situation will worsen due to the tax policies of US President Donald Trump’s administration.

“Their [Trump administration] tax policies are going to drive up the cost of homes even more now,” Jack Rasmus, a professor of economics at St Marys College and Santa Clara University, said.

“As they pass this big tax giveaway for the rich, they’re going to go after social programs” and leave people with less access to affordable housing.”

“They’re going to exacerbate it; they’re going to make it worse; just about everything Trump does makes it worse for working-class and homeless people and that’s going to continue,” he added.