TEHRAN, January 4 -Millions of Iranians have staged fresh nationwide demonstrations to renew their support for the Islamic establishment and denounce the recent wave of deadly unrest that hit some areas in the country. 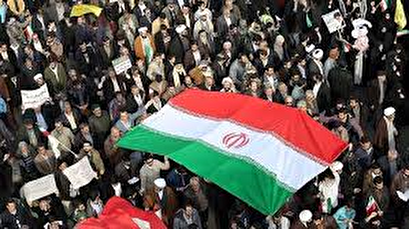 TEHRAN, Young Journalists Club (YJC) -Millions of Iranians have staged fresh nationwide demonstrations to renew their support for the Islamic establishment and denounce the recent wave of deadly unrest that hit some areas in the country.

For the second consecutive day, demonstrators flooded the cities in several town and cities, including the northeastern city of Mashhad, Isfahan, Shiraz, Rasht, Yasoij, Ardabil and Urmia.

The participants also held the US and the Israeli regime responsible for the recent wave of violence in Iran.

Similar rallies were held in a number of Iranian cities on Wednesday, while people in the capital, Tehran, are set to hold a demonstration after noon prayers on Friday.

Last week, a number of peaceful protests began in several areas across the country, with the participants calling on authorities to address their economic issues. The protests had no permits from relevant authorities.

Those gatherings were, however, overshadowed when armed elements and vandals showed up among ordinary protesters and began to launch attacks on public property, police stations and religious sites.

The original protesters soon left the streets upon calls by the authorities so security forces could deal with the rioters and sporadic violence, which continued in some towns and cities for several days.

Over a dozen people have been killed in the violence, according to state media reports.

The violence drew praise from Tel Aviv and Washington, which voiced firm support for the rioters.

President Hassan Rouhani has said that based on the rights enshrined in the Constitution and the Charter of Civil Rights, people are free to criticize the government or stage protests, but the manner of expressing such criticism should be constructive and help improve domestic conditions.