US about to meet 'sudden, cataclysmic end' says Republican senator

TEHRAN, January 4 - The US is about to meet a “sudden, cataclysmic end” a Senator has said in a damning verdict on the American political-economic system. 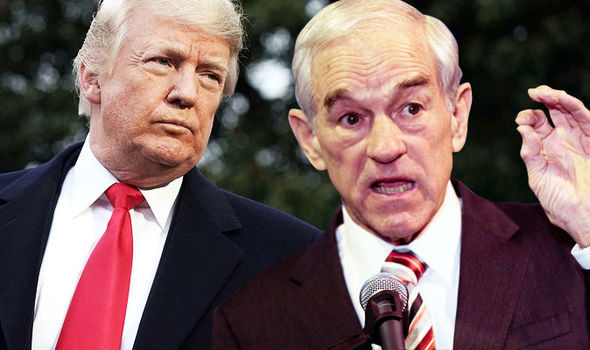 TEHRAN, Young Journalists Club (YJC) - Republican Ron Paul, who ran for President in 2012, has compared the US to the final days of the Soviet Union.

In an outburst live on TV the Texas representative argued the years of US dominance on the international stage were numbered.

He said: “The way I see it is in economic terms.

“My understanding is that it wasn’t our military build-up in the United States that brought the Soviet system down.

“What happened was the Soviets were working with a system that we – people in free markets – saw as totally unviable.”

While the US economy is on the up, the politician claimed the country’s militarism that could lead to their eventual downfall.

He continued: “We’re gonna have a sudden, cataclysmic end which is sort of what happened to the Soviet system.

“It’s not going to be identical, there was a succession movement and some of those countries left the Soviet system.

“Our states probably aren’t going to break up, but I do sincerely believe that we will no longer be able to afford our empire around the world.”

As well as sending a number of Tweets on the subject, he has also addressed the issue in a speech at the United Nations and in an address to the South Korean Assembly.

Paul added: “Our empire, although we don’t claim ownership to it, it’s a lot of money and a lot of influence, and we threaten with weapons and we use sanctions to hold our empire together, but I think that’s coming to an end.”

Trump has also threatened to pull the US out of Nato if other countries fail to honor their commitment to pay 2 per cent of their GDP on defense spending.

He has also said he will pull out of international trade agreements such as the North American Free Trade Agreement with Canada and Mexico, arguing that it is a bad deal for the US.