TEHRAN, January 4 - Iran’s growing influence in the Middle East region has infuriated US President Donald Trump and that explains some of his radical decisions over the past few weeks, says an Islamic scholar in Washington. 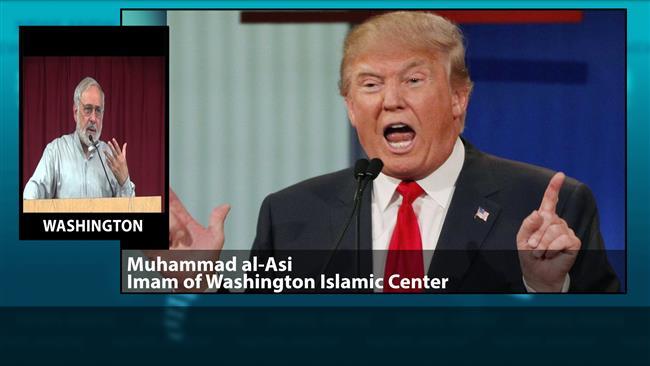 TEHRAN, Young Journalists Club (YJC) - Muhammad al-Asi, the Imam of Washington Islamic Center, said Wednesday that Trump’s decision to recognize Jerusalem al-Quds as Israel’s capital as well as his recent threats to cut off aid to Palestine are all examples of his grudge against Iran.

In a series of tweets on Tuesday, Trump said he would cut aid to the Palestinian Authority, claiming that the peace process brokered by Washington was taking too long.

Arguing that the new threat was just an extension of the previous series of failed US policies, Asi said Washington and its allies in Saudi Arabia and Israel were frustrated with their constant defeats across the region, be it Syria, Iraq, Lebanon or Yemen.

“Trump’s words that he was going to cut off the financial assistance that the US has been giving to the Palestinian authority tells us that the Palestinian Authority did not agree to the grand strategy to enter into an alliance with Saudi Arabia, the United States and Israel,” al-Asi told Press TV on Wednesday.

The analyst said the rhetoric was in large way similar to the one Trump has been using against Iran over the past few days, specially during the recent sporadic riots in some parts of Iran.

Andrew Peek, the deputy assistant secretary of state for Iraq and Iran, said this week that White House was weighing a reaction to the recent wave of deadly unrest that has killed over a dozen Iranians.

Trump has been hyping up the unrest in a series of tweets over the past days, pledging that he would continue to support the rioting unlike his predecessors.

“In other words, Trump is reacting to the failure of US foreign policy” in the region and is infuriated by Iran’s growing influence there, al-Asi concluded.