TEHRAN, January 5 -Syrian army forces have made significant advancements against Takfiri terrorists in the northwestern province of Idlib, the so-called Syrian Observatory for Human Rights says. 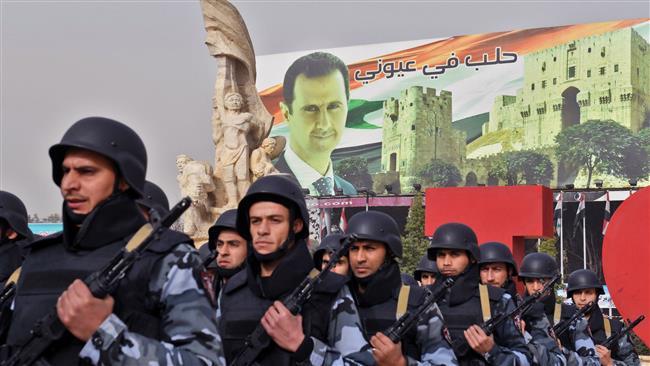 According to the report, the Syrian military forces have managed to force out the terrorist groups, including the Takfiri Hayat Tahrir al-Sham (HTS) terrorist alliance from the southeastern areas of the province.

The Syrian army has liberated 77 villages and districts in the area since October 22, the group said.

The Syrian forces are now approaching the strategic district of Sinjar east of the provincial capital city of Idlib, where the government forces will launch their operations to liberate the suburban areas of the city.

Meanwhile, Syrian army, backed by the Russian air force, has launched a major operation since Tuesday to rid the Takfiri terrorists of their last stronghold on the eastern outskirts of the capital, Damascus.

The push began in Harasta District in Eastern Ghouta, where terrorists with the Ahrar al-Sham outfit have gone on rampage over the past days.

The focus of the army operation is thethe Military Vehicles Administration Army base, which has been besieged by the terrorists in Harasta. At least 200 Syrian troops are believed to be trapped within the premises.