TEHRAN, January 5 - Tehran has complained to the UK media regulator, Ofcom, about a propaganda campaign launched by some British media outlets, in defiance of Britain’s own law, with the aim of fueling the recent scattered riots in some areas in Iran. 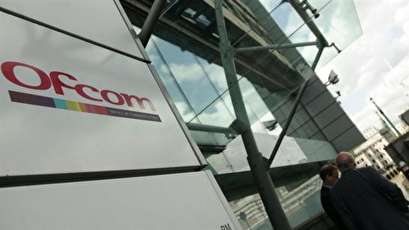 TEHRAN, Young Journalists Club (YJC) -Tehran has complained to the UK media regulator, Ofcom, about a propaganda campaign launched by some British media outlets, in defiance of Britain’s own law, with the aim of fueling the recent scattered riots in some areas in Iran.

In a letter of complaint to Ofcom, Iran’s Embassy in London denounced the propaganda campaign launched by UK-based Persian-language broadcasters covering the recent riots in Iran, IRNA reported, citing an informed source within the diplomatic mission as saying on Thursday.

The letter, the source said, pointed out that the outlets had acted in clear contravention of the British and international media regulations by trying to incite the protesters in Iran to resort to riot and armed violence.

It further called for an end to such pernicious media practices as a means of protecting the principles of professional broadcasting.

Last Thursday, some towns and cities in Iran witnessed peaceful protests against recent price hikes and the overall economic conditions.

The protests soon took a violent turn as rioters, who were later revealed to have received the support of foreign intelligence agencies, entered the fray and started to cause violence.

Upon calls by Iranian authorities, the original protesters soon left the streets to make it easier for security and law enforcement forces to deal with the vandals and rioters.

The situation has now returned to normal in most parts of the country.

Since Wednesday, people have also come out in force across the country in support of the Islamic establishment and in condemnation of the violence and riotous elements.

On his Twitter page, Hamid Baeidinejad, the Iranian envoy to UK, said “every one talked about the negative aspects of the street protests in Iran, but the positive aspect went unnoticed.”

“The fact that main stream of the Iranian people, despite their legitimate economic and social demands, did not support violent protests and riots across the streets, simply manifested that they believe such demands should be pursued through democratic means and institutions,” he said.