TEHRAN, January 6 - The hole in the ozone layer may be on the mend, says a NASA study released on Thursday, January 04. 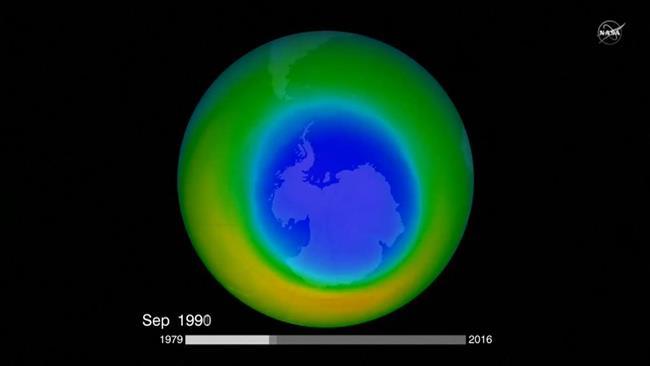 TEHRAN, Young Journalists Club (YJC) - Using measurements from their Aura satellite, NASA scientists have been studying chlorine levels within the Antarctic ozone hole over the last several years, and those levels have been decreasing.

According to NASA, this is "the first definitive evidence of the success of the Montreal Protocol on Substances that Deplete the Ozone Layer" - the 1987 Montreal Protocol bans chemicals that destroy the Earth's protective ozone layer, such as chlorofluorocarbons (CFCs) formerly used as refrigerants and propellants in aerosol sprays.

The study revealed that there was about 20 percent less ozone depletion during the Antarctic winter than in 2005, the first year that chlorine measurements were taken by the Aura satellite.