TEHRAN, January 6 - Denmark’s far-right People’s Party (DPP) has unveiled a plan to tackle “social problems” in ghettos mostly populated by asylum seekers, which calls for a ban on the construction of new mosques. 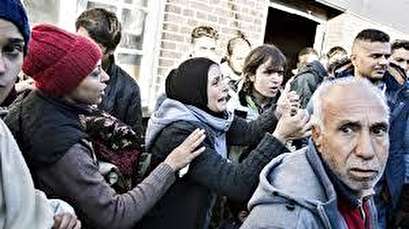 TEHRAN, Young Journalists Club (YJC) - Denmark’s far-right People’s Party (DPP) has unveiled a plan to tackle “social problems” in ghettos mostly populated by asylum seekers, which calls for a ban on the construction of new mosques.

Among the controversial parts of the radical initiative, reported on Friday in local media, is a moratorium on the construction of mosques with minarets, claiming that such places of worship used by Muslims convey a “divisive symbolism,” as described by the DPP’s immigration spokesman, Martin Henriksen.

The Danish legislator further stated that Muslims will be urged to perform their prayers in unmarked spaces such as “warehouses and offices.”

Yet another contentious part of the plan calls for the enforcement of a curfew on unsupervised children aged under 18 on the streets of the so-called problem areas or ghettos after 8 p.m.

According to Henriksen, however, there is already legislation that allows local officials to impose such restrictions and that the measure will not be applied to students or those holding jobs, nor at all times. He further claimed that the DPP plan would ensure children study rather than hanging around “teen gangs.”

Leftist politicians have censured the DPP plan with Culture Minister Mette Bock posing the question, “Are we in Denmark?” Several other senior politicians from across the spectrum dismissed the radical initiative as “bloody crazy” and “insane.”

Rasmussen also asserted that such action is necessary to cope with the so-called parallel society, adding that the move will endlessly patch and fix decades of insufficient policy for residential areas where Danish rules, laws and norms do not apply.

“We will set a new goal to completely discontinue the ghettos. In some places the concrete will be broken up and buildings demolished. We will relocate the inhabitants across different areas,” Rasmussen emphasized.

According to local press reports, property companies across Denmark are already in the process of tearing out poor housing in 22 neighborhoods that have been categorized as “ghettos” – described as particularly vulnerable areas that suffer from high unemployment, crime problems and in which a large proportion of the population have a foreign Muslim background.

Local observers, however, noted that this is the sixth government anti-ghetto proposal since 1994.

In 2017, Denmark received just 3,500 asylum applications – the lowest number since 2008 – but the anti-immigrant DPP lawmakers believe conditions for would-be asylum seekers need to be made stricter to further slash the number of such applications.

The rightist party also insists that those with temporary asylum must not be given citizenship, but deported back to their native countries as soon as it is safe.

Nearly 13 percent of Denmark’s 5.7 million people are of migrant background, some two-thirds of whom originally came from outside Europe, according to 2017 figures.