TEHRAN, January 6 - Turkish Foreign Minister Mevlut Cavusoglu will meet with his German counterpart, Sigmar Gabriel, on Saturday, in an attempt to enhance bilateral ties, which strained following a July 2016 abortive coup in Turkey. 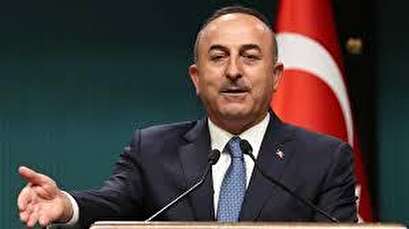 Gabriel will be hosting Cavusoglu for talks in his hometown of Goslar in central Germany around 1000 GMT on Saturday, according to press statements.

The German foreign minister invited his Turkish counterpart after the two met in November last year in Cavusoglu’s southern home region of Antalya.

Ties between Turkey and Germany soured over a host of issues after the 2016 failed coup against the government in Ankara, with Berlin critical of Ankara’s post-coup crackdown and the arrest of German citizens in Turkey.

The two countries have also clashed over Germany’s alleged support for Kurdish opponents of the Turkish government and its opposition to a controversial referendum in Turkey in April, which gave Erdogan new sweeping powers. German authorities at the time prevented some pro-Erdogan campaigns in the country, a move that infuriated the Turkish president.

Ankara calls for ‘new start’ in ties with Berlin

In a commentary for Germany’s Funke Media Group of newspapers on Friday, Cavusoglu said “Both sides have an interest in a new start in the bilateral relationship as we live in a time full of challenges,” and that, “It is not the time for bullhorn diplomacy.”

“As a beginning, we should agree on forming a frame for a new understanding to break the current crisis gyre in our relations,” he wrote.

Underlining Turkey’s desire to mend fences with Germany, Cavusoglu said the improvement of Berlin-Ankara ties would allow the two NATO partners to work more closely in areas such as security and trade.

The Turkish official said the trade volume between the two countries had risen to 209.91 billion dollars in the last five years.

Cavusoglu also called on Germany to adopt a more “empathetic” tone in its dealings with Turkey, arguing that Berlin did not seem to fully understand the “trauma” caused by the botched putsch against President Erdogan, in which some 240 people lost their lives.

Reacting to the comments by the Turkish minister, Gabriel told the weekly magazine Der Spiegel that, “If we do not speak to one another, the situation can certainly not improve — neither between our countries nor for individuals still being held in custody,” apparently referring to the German nationals.

Apart from clashes over Turkey’s crackdown on perceived putschists, the two NATO allies were at loggerheads over disputes on how Berlin could access the Incirlik base in southern Turkey, which ultimately led to the pullout of troops from the military base.

Turkey refused to grant access to German lawmakers to the site after Berlin blocked visits and speeches by senior Turkish officials to members of the Turkish diaspora in Germany ahead of the referendum in Turkey.

Germany is home to some three million ethnic Turks. The country allowed in the Turks in the 1960s and 1970s as part of its massive post-war “guest worker” program. Following the recent tensions, however, Turkey and Germany have both issued travel alerts for their citizens, each advising their nationals to take precautionary measures if they plan to visit the other country.

Germany, also in response, vowed to restrict business with Turkey and take actions to end or suspend Turkey’s EU-accession talks.

Turkey has been trying to become a member of the European Union since the 1960s. Formal EU accession talks began in 2005, but the process has been plagued by problems. The EU has opened 16 out of the 35 chapters required for Turkey to join the 28-nation bloc, but only one of them has so far been concluded.

The European Parliament finally voted in favor of halting the membership talks with Turkey in November 2016 over Ankara’s heavy-handed crackdown following the failed coup.