TEHRAN, January 6 - Iranian Defense Minister Brigadier General Amir Hatami said the US is after creating instability in the region. 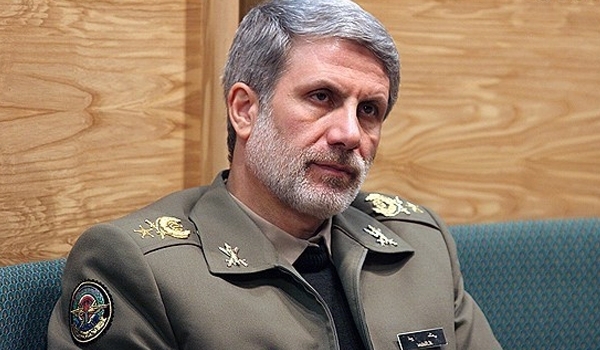 TEHRAN, Young Journalists Club (YJC) - “Americans always blame others for their defeats in various parts of the world and are seeking the strategy of Zionist regime for instability in the region.”

In a phone call with his Pakistani counterpart, Khurram Dastgir Khan, Hatami expressed satisfaction with the rising process of bilateral defense ties between the two countries.

He said that more consultations are needed between the two important regional countries and Islamic World under current regional and Islamic Ummah circumstances.

He noted increasing drug cultivation and terrorism in Afghanistan and intensified security and killing of dozens of people every day in Afghanistan, Yemen, Iraq and Syria are the results of ‘evil and stupid policies of the US.’

Hatami called for using potential of Iran and Afghanistan on defense and military fields for economic and security growth of the two countries.

He also called for more talks between defense officials of Iran and Pakistan.