TEHRAN, January 6 - People have turned out on the streets in separate cities across Iran for a fourth straight day to express support for the Islamic establishment and denounce the violence that was staged in recent protests. 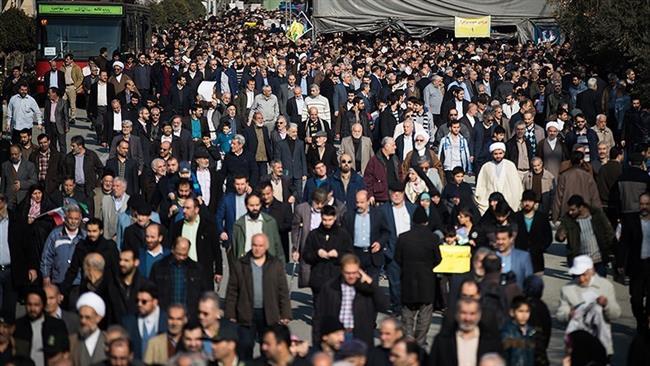 TEHRAN, Young Journalists Club (YJC) - On Saturday, people rallied in the capital, Tehran, the cities of Sari, Amol, and Semnan in the north, Ilam in the west, and Kerman in the south. They shouted slogans and carried placards, condemning violence and sedition.

Thousands are estimated to have taken part in the demonstrations.

Last week, Iran witnessed peaceful protests against recent price hikes and the overall economic condition of the country. However, limited numbers of violent individuals, some of them armed, sought to turn the peaceful protests into street riots. Mindful of how the violent individuals sought to hijack the peaceful rallies, the original protesters soon heeded calls by authorities to leave the streets.

According to officials, some rioters used shotguns and pistols to attack police and fire at the crowds of protesters.

While sporadic violence continued for several days — and claimed the lives of over a dozen people — officials announced that the riots would soon be ended.

The Iranian administration of President Hassan Rouhani also acknowledged the general public’s right to protest and convey their demands through peaceful means but said any protest has to obtain legal permits and be peacefully staged. The administration also undertook to address economic difficulties.