TEHRAN, January 6 - With the US suspending at least $900 million in security assistance to Islamabad, the central bank of Pakistan (SBP) says the Chinese yuan can now be used for bilateral trade and investment activities. 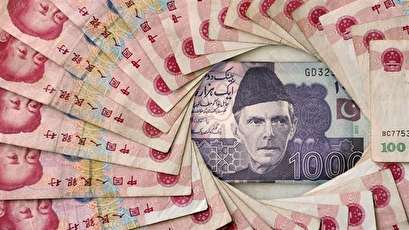 TEHRAN, Young Journalists Club (YJC) - With the US suspending at least $900 million in security assistance to Islamabad, the central bank of Pakistan (SBP) says the Chinese yuan can now be used for bilateral trade and investment activities.

This could spell the end of the US dollar as the medium of exchange between China and Pakistan which are planning to establish a $57 billion economic corridor.

Washington seems to be increasingly upset at Islamabad's strong ties with Beijing even though the US State Department on Thursday cited Pakistan’s perceived failure to do enough in fighting terrorist groups as the reason which had prompted Washington to suspend the aid.

“The United States has foolishly given Pakistan more than $33 billion in aid over the last 15 years, and they have given us nothing but lies & deceit, thinking of our leaders as fools. They give safe haven to the terrorists we hunt in Afghanistan, with little help. No more!” President Donald Trump tweeted Monday.

The announcement drew prompt response from Pakistani officials, with senior Senator Nuzhat Sadiq stating that Islamabad can manage without the United States.

“Pakistan has made enormous efforts and sacrifice for the fight against terrorism and has made very outstanding contribution to the global cause of counter-terrorism. The international community should acknowledge that,” Geng said.

“We believe as neighbors, China, Pakistan and Afghanistan are closely linked not only geographically but also in terms of common interests. It is natural for us to enhance communication and exchanges,” he said.

Beijing and Islamabad are looking at extending the China-Pakistan Economic Corridor (CPEC) to Afghanistan.

The State Bank of Pakistan (SBP) said on Monday that all arrangements for using the Chinese currency for trade and investment were already in place.

“The SBP, in the capacity of the policy maker of financial and currency markets, has taken comprehensive policy related measures to ensure that imports, exports and financing transactions can be denominated in Yuan,” an SDP statement said.

Pakistan’s Minister for Planning and Development Ahsan Iqbal also said last month that the government was considering a Chinese proposal to use the renminbi or the yuan instead of the US dollar for payments in all bilateral trade.

The decision is a further boon to China’s bid to establish the yuan as a common currency in global trade after having the International Monetary Fund (IMF) designate it as a global reserve currency in November 2015.

China is now the world’s biggest importer of oil and is attempting to get oil exporting countries to trade in the yuan instead of the US dollar. The country is also the biggest producer of gold and is on course to overtake the United States as the largest world economy.