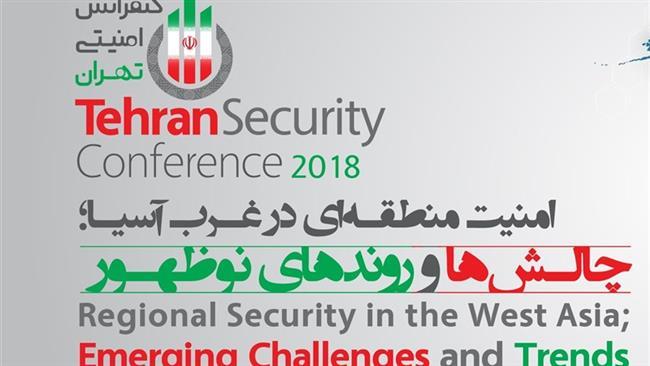 TEHRAN, Young Journalists Club (YJC) - More than 200 domestic and foreign political dignitaries and analysts from 49 Asian and European countries will attend Tehran Security Conference 2018 with the motto of 'Regional Security in West Asia; Emerging Challenges and Trends '. The event will open on Monday.

The participants will discuss a variety of issues such as the role of Iran as well as regional and extra-regional countries in West Asia security as well as the importance of economic development and defense cooperation in promoting the regional security.

The conference will conclude with a speech by Iranian Parliament Speaker Ali Larijani.

The first International Conference on Regional Security Order in West Asia was held in Tehran in December 2016 with the participation of senior foreign experts in the area of regional security.

The participants discussed the situation in West Asia and initiatives aimed at boosting decision-making and consensus-building on the future security order in the troubled Middle East region.