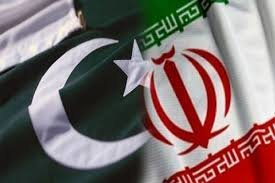 Emphasizing the necessity for closer cooperation among the Islamic countries against the US, Shamkhani said Iran and Pakistan should remain vigilant and take preemptive measures to foil the US “devious and divisive” polices and double standards.

He also urged efforts to ensure security of Iran-Pakistan common border, calling for joint action in the fight against narcotics, human and arms trafficking, and the terrorist groups.

“We won’t allow certain countries to upset ties between the two countries by dispatching arms and recruiting terrorists for border insecurity,” Shamkhani added.

For his part, the visiting Pakistani adviser expressed Islamabad’s willingness to expand security and economic cooperation with Iran.

Janjua also urged Muslim vigilance in dealing with the foreign ploys that fuel tensions in the Islamic world.

Islamabad pledged efforts in 2017 to dispatch Army troops to the joint border with Iran after a surge in the number of terrorist attacks on the Iranian border guards and security forces masterminded from inside Pakistan.

In one of the deadliest such attacks in April 2017, armed militants killed 10 Iranian border guards who were patrolling along the border in Iran’s Mirjaveh region.