TEHRAN, January 7 - A prominent American journalist condemned US President Donald Trump’s posturing towards the issue of human rights in Iran following the recent protests, saying that the US government uses alleged human rights abuses to undermine the countries that do not serve its interests. 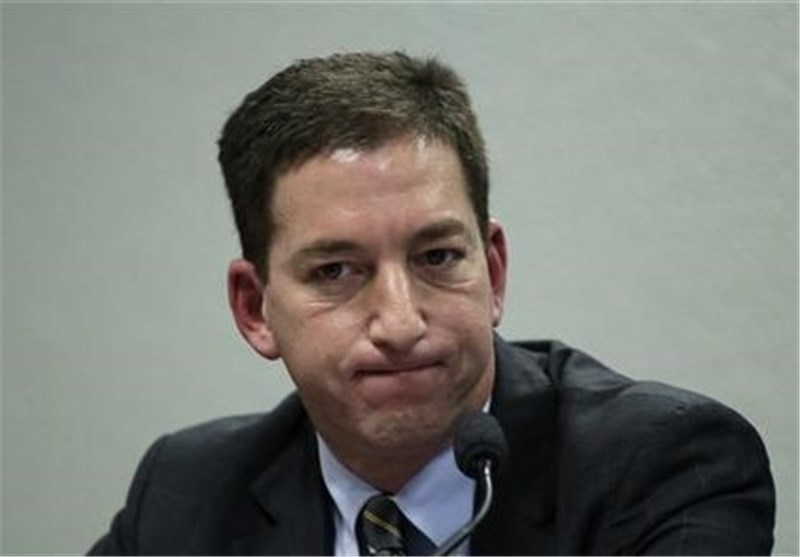 TEHRAN, Young Journalists Club (YJC) - “So, Iran is an extremely sophisticated and complex country of 80 million people. And I think that when it comes to analyzing exactly what’s driving the protest in Iran, we ought to defer to Iranians, people who are steeped in Iran’s civil society, and ought to avoid the sort of overnight experts who tend to pop up in the West and opine on these matters from afar without much knowledge,” Glenn Edward Greenwald told Democracy Now on Saturday.

He added, “So, I think, really, all we can say from afar is that protesting one’s own government without being shot in the street or arrested is a universal human right, and we ought to have solidarity with people who are agitating to make their government better.

“But what I do think we can and have to comment on is the posture of the United States government and Western governments in terms of foreign policy and how they’re responding to the events in Tehran. That, I think, we can comment on meaningfully and should. I think it’s worth remembering that for a long time it has been the top item on the foreign policy agenda of lots of factions to have regime change in Iran. Going back to 2005, 2006, the neocon slogan, after they toppled Saddam Hussein, was ‘real men go to Tehran.’ They were really most eager to facilitate regime change in Iran. And so, there’s a lot of interest in terms of agitating for instability in Iran from people who are pretending to care about the Iranian people, but who actually couldn’t care less about the Iranian people.”

Greenwald further said that Trump is the same president who, not more than three months ago, announced a ban on Iranians from traveling to the United States, adding that his support for the protests in Iran is not real.

“He’s somebody who has aligned with the world’s worst, most savage dictators, including in Saudi Arabia and other places around the world. Lots of Western commentators who are posturing about being concerned about human rights in Iran are people in think tanks funded by other dictatorships and repressive tyrants in the same region,” he said.

“So I think we ought to be extremely skeptical when it comes to people like Donald Trump or people in Washington think tanks pretending that they’re wanting to intervene in Iran out of concern for human rights or for the welfare of the Iranian people. I think when it comes to foreign policy, the best thing we can hope for is that the United States stays out of what is a matter of political dispute inside Iran.”

The American author continued that US officials use denunciations of human rights abuses to undermine and weaken governments that are contrary to their agenda, like in Iran.

“So, when you hear people like that or people in the Trump administration, who have aligned themselves with the world’s most savage dictators for decades, who are funded by tyrants, pretend that what they’re motivated by is a desire to liberate people from oppression, you should instantly know that there are other agendas going on…”.

“So, I think that one of the interesting aspects of this kind of cynical and manipulative behavior when it comes to pretending to side with protesters, when in reality the agenda is much different, is that it can actually, in a very unintended way, spark protests and the right of rebellion elsewhere,” Greenwald said.

Last week, peaceful protests over rising prices and economic problems broke out in some Iranian cities, but the unauthorized gatherings turned violent after a number of opportunists, some of them armed, vandalized public property and launched attacks on police stations and government buildings.

Siding with the rioters were a number of US officials, including Trump.

Iranian security officials say they have hard evidence that the protests were directed from abroad.

They say many rioters arrested in the unrest have been trained by the MKO or had links with Takfiri terrorist groups.

Share to
Related News
UK's Johnson: Regime change in Iran is 'not the goal we should be pursuing'
UK says Iran’s domestic affairs ‘none of our business’
More rallies held in Iran to denounce violence
Tags
Trump ، protest ، Iran
Your Comment