TEHRAN, January 7- US Sen. Jeff Flake said on Saturday that he has seen no evidence that American diplomats who fell victim to mysterious health symptoms while in Havana were deliberately attacked. 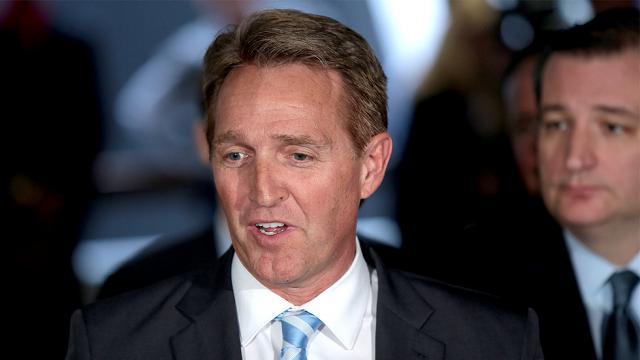 TEHRAN, Young Journalists Club (YJC) - The Arizona Republican said he was told by high-ranking Cuban officials during a meeting on Friday that the FBI informed them it had found no evidence that symptoms were the results of an attack with an unknown weapon, according to The Associated Press.

Flake told the AP that classified briefings from U.S. officials had given him no reason to doubt the Cubans' account.

“As I said, I won’t talk about what I have seen in a classified setting, but nothing is inconsistent with what the Cubans have said, and I think the FBI would say that,” he added.

A total of 24 government personnel and their spouses fell mysteriously ill starting in the fall of 2016, with some experiencing permanent hearing loss, balancing problems and mild traumatic brain injury. Several officials reported hearing loud noises before experiencing the symptoms.

The State Department pulled most of its staff from the U.S. Embassy in Havana over suspicions that the illnesses were caused by a sonic attack from an unknown source.

The U.S. also expelled 15 Cuban diplomats from Washington to match the staff reductions in Havana.

The Cuban government denied responsibility for the suspected attacks, despite President Trump saying he believes Cuba was responsible.