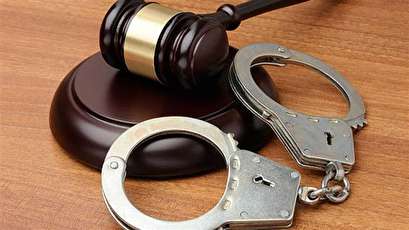 "A group of 11 princes staged a sit in at the historic Qasr Al-Hokm palace [in Riyadh] on Thursday...objecting a recent royal order that halted payments by the state to members of the royal family to cover their electricity and water utility bills," Attorney General Saud al-Mojeb said on Sunday, recounting the entire incident.

"Despite being informed that their demands are not lawful, the 11 princes refused to leave the area, disrupting public peace and order," he remarked in a statement issued by the Information Ministry.

The 11 princes have been charged on "a number of counts" and are being held at the maximum security al-Ha’ir prison, south of the capital, according to the statement.

The royals were also demanding compensation for a death sentence issued against one of their cousins, convicted of murder and executed in 2016.

However, a well-known Saudi online activist, who goes by the nickname of @mujtahidd on Twitter, said at the time of the arrests that the princes had been nabbed for protesting the apprehension of many of their kinsmen on the crown prince’s orders late last year.

Crown Prince Mohammed bin Salman started arresting hundreds of fellow princes and businessmen late last year in what has been portrayed as an “anti-corruption campaign.”

The royals have been asked to fork out hefty ransoms reaching billions of dollars in some cases.

The money is thought to be needed to finance Salman's ambitious Vision 2030, which seeks to decrease the kingdom's dependence on oil.

The kingdom has also doubled gasoline prices and introduced a five-percent VAT on most goods and services to take care of its budget deficit.

On Sunday, London-based Al-Quds Al-Arabi said Saudi Arabians were taking to social networking services to vent their anger at the measures.

The paper said that furious Saudi citizens had created “salary is not enough” and “the unemployed, the forgotten” hashtags on Twitter.