Syria breaks terrorists siege on transportation base near Damascus

TEHRAN, January 8 - Syrian Army forces managed to break the capital's military siege in the city of Harstas near Damascus, yesterday. 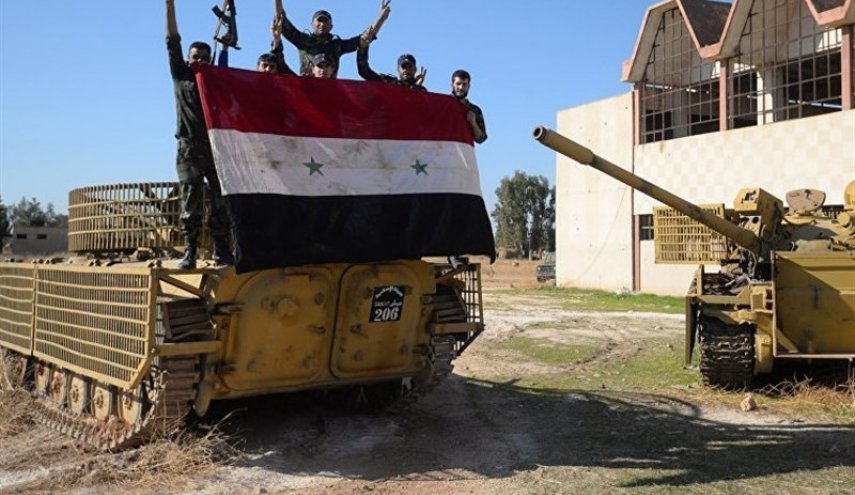 TEHRAN, Young Journalists Club (YJC) - Terrorist elements affiliated with the Ahrar Al-Sham terrorist group, on Sunday, tried to take control over parts of the military transport department in the city of Harasta in the eastern countryside.

A media source close to the Syrian government also announced that the Syrian army along with its allied forces managed to break the blockade of buildings where Syrian army forces were surrounded and most of the buildings destroyed.

The source also said that the government forces took back the very strategic city of Sinjar in their recent advancements in Idlib province.

Sinjar was under the control of Syrian government forces until 2015, but since then some terrorist took the control of the city and finally Nusrah Front got dominance over the city by 2017.