TEHRAN, January 8 -An Israeli firm says it has paid about $30 million to the family business of Jared Kushner, US President Donald Trump’s son-in-law and senior aide, a new report states. 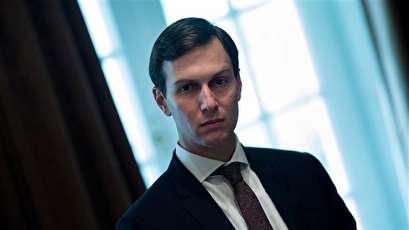 TEHRAN, Young Journalists Club (YJC) -An Israeli firm says it has paid about $30 million to the family business of Jared Kushner, US President Donald Trump’s son-in-law and senior aide, a new report states.

Kushner Companies, which specializes in real estate, has received an around $30 million payment from the Israeli insurance company Menora Mivtachim, The New York Times reported Sunday, citing one of the Israeli firm’s executives.

The hefty investment concerned Maryland apartment complexes owned by Kushner Companies, but did not involve Jared Kushner personally, the Times reported, noting that the transaction did not violate federal ethics laws.

Ran Markman, Menora’s head of real estate, told the daily that he had never even met Kushner and his position in the US government did not play a role in striking the deal.

“The connection to the president was not an issue,” Markman said.

Kushner, who is married to Trump's eldest daughter Ivanka, resigned from the family business last year to join his father-in-law’s team at the White House. However, he still owns stakes in the company, including in the Maryland apartment buildings.

The Times had reported last year that Kushner had teamed up with a member of a wealthy Israeli family to invest about $200 million in apartment buildings across New York City’s flashy Manhattan neighborhood.

Kushner’s company has also received a number of loans from Israel’s largest bank, Bank Hapoalim, which has been under a US Justice Department investigation over allegations that it helped wealthy Americans evade taxes.

Additionally, Kushner’s family foundation has contributed to Israel’s illegal settlement activities in the occupied Palestinian lands by donating money to a settlement group in the West Bank, the Times said.

The deep business ties raises questions about Kushner’s ability to maintain a neutral role in his mission as Trump’s designated mediator between Israel and Palestine.

He has had no prior career in diplomacy or governance and, like his father-in-law, was in real estate before Trump won an upset victory in the US presidential election in November 2016.