US shamed itself by targeting Iran at UNSC: President Rouhani

TEHRAN, January 8 - President Hassan Rouhani says the United States shamed itself by trying to target the Islamic Republic at a UN Security Council (UNSC) meeting it had called on the recent events inside Iran. 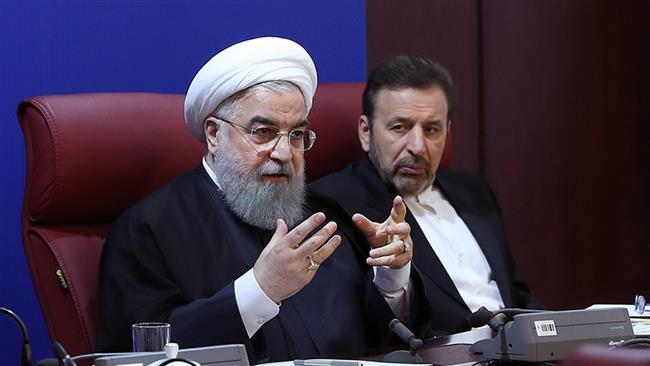 TEHRAN, Young Journalists Club (YJC) - “A gathering and protest may be exploited by certain sides. This is natural and happens all over the world,” said Rouhani at a meeting with staff of the Ministry of Economic Affairs and Finance in Tehran on Monday.

He pointed to the new US administration’s mistakes in dealing with Iranian people, noting that the White House “keeps hitting rock bottom in the wrong approaches it has chosen to deal with the Iranian nation.”

“Over the past days, the US’s political reputation has been destroyed at the UN Security Council,” Rouhani asserted.

Washington, Rouhani said, “abuses its permanent membership at the Security Council and calls for a meeting [on Iran], and there, the world countries slap the US in the face.”

Last week, Iran witnessed peaceful protests against recent price hikes and the overall economic condition of the country. However, limited numbers of violent individuals, some of them armed, sought to turn the peaceful protests into street riots.

Mindful of how the violent individuals sought to hijack the peaceful rallies, however, the original protesters soon heeded calls by authorities to leave the streets, paving the way for law enforcement officials to deal with the vandals and armed elements.

On Friday, the Council gave into a US push for a meeting on the events inside Iran. The session, though, did not go as planned as the Council’s veto wielders and Washington’s own allies used the debate to criticize the White House for involving the body in Iran’s domestic affairs.

At the meeting, several UNSC members defended Iran’s 2015 nuclear agreement with world countries, including Washington, and warned the US against attempts to exploit the recent developments inside Iran to undermine the accord.