Iran: Cooperation with IAEA at stake if US violates JCPOA

TEHRAN, January 8 - Iran's nuclear chief said the Islamic Republic may reconsider its cooperation with the UN nuclear agency in case of a US non-compliance with the landmark multilateral nuclear agreement reached between Iran and the P5+1 group of countries in 2015. 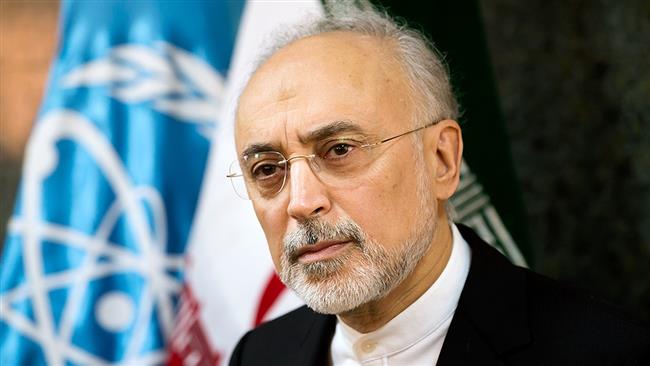 TEHRAN, Young Journalists Club (YJC) - Head of the Atomic Energy Organization of Iran (AEOI) Ali Akbar Salehi made the remarks in a phone conversation with Director General of the International Atomic Energy Agency (IAEA) Yukiya Amano on Monday amid speculations about US President Donald Trump's likely withdrawal from the nuclear agreement, known as the Joint Comprehensive Plan of Action (JCPOA).

"If the United States does not implement its commitments under the JCPOA, the Islamic Republic of Iran will take decisions that can affect its current cooperation with the International Atomic Energy Agency," Salehi told Amano.

The US president delivered an anti-Iran speech on October 13, in which he refused to certify that Iran was complying with the terms of the JCPOA, reached under his predecessor, Barack Obama, and warned that he might ultimately terminate the agreement.

During his speech at the UN General Assembly on September 19, Trump described the JCPOA as “the worst and most one-sided transaction Washington has ever entered into,” a characterization he often used during his presidential campaign.

Trump must decide by mid-January whether to continue waiving US sanctions on Iran under the terms of the JCPOA.

"The US president has taken many actions over the past year to destroy the JCPOA and it is even possible that the JCPOA would be dismantled in the next few days through measures he seeks to take," the Iranian diplomat said.

Since the JCPOA Implementation, the IAEA has been verifying and monitoring Iran’s compliance with its nuclear-related commitments under the nuclear deal and has consistently verified the Islamic Republic’s compliance.

In a meeting with the IAEA chief in Tehran in October, Iranian President Hassan Rouhani stressed the importance of maintaining the independence and impartiality of the agency and said Iran seeks to boost long-term cooperation with it.

Rouhani also emphasized the significance of showing respect for international regulations and treaties, saying Iran had repeatedly announced that it would not be the first country to walk away from the JCPOA, saying, “We will remain committed to the JCPOA as long as we are able to enjoy the benefits mentioned in it.”