TEHRAN, January 9 -Saudi Arabia has reportedly sought to purchase Israel’s so-called Iron Dome missile system amid reports that the two regimes have a plan to normalize their relations and unite against Iran. 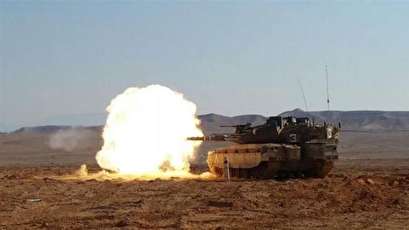 TEHRAN, Young Journalists Club (YJC) -Saudi Arabia has reportedly sought to purchase Israel’s so-called Iron Dome missile system amid reports that the two regimes have a plan to normalize their relations and unite against Iran.

Basler Zeitung, a Swiss German-language newspaper published in the city of Basel, quoted a “European weapons dealer in the Saudi capital of Riyadh” as saying on Monday that the Saudis were seeking to buy Israeli military equipment, including the so-called Trophy Active Protection System (APS).

The vehicle-mounted system is capable of intercepting and destroying incoming missiles and rockets with a shotgun-like blast.

According to the report, Saudi military experts had even examined the Israeli anti-missile system in the United Arab Emirates’ capital, Abu Dhabi.

Additionally, the Swiss daily noted that Riyadh and Tel Aviv were working together to confront Iran'’s growing presence in the Middle East.

The two regimes, it noted, were cooperating significantly in the military and security sectors, with their intelligence cooperation having registered “further progress.”

Israel and Saudi Arabia have no diplomatic relations, but they are widely believed to have secret liaisons.

Numerous reports have suggested growing ties between Tel Aviv and Riyadh in the past few months.

In an interview with the Saudi-owned Elaph online newspaper, Eizenkot claimed that Iran was the “biggest threat to the region,” adding that Tel Aviv and Riyadh were in full agreement about Iran’s intentions.

“The Middle East today needs, more than anything else, a coalition of moderate states against Iran. The coalition against Daesh [terror outfit] has finished its work, after Daesh, Iran,” Avigdor Lieberman said.

This is while the Tel Aviv regime is itself under fire for colluding with terrorist groups, such as Daesh, which is currently losing ground against the Syrian army.