TEHRAN, January 9 - A senior Iranian diplomat has warned about possible withdrawal of the United States from the landmark nuclear deal reached between Iran and the P5+1 group of countries in 2015. 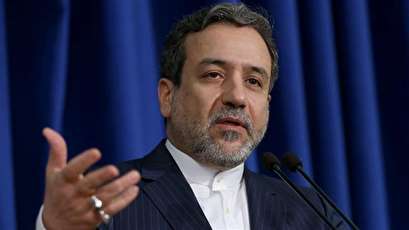 TEHRAN, Young Journalists Club (YJC) - Iranian Deputy Foreign Minister Abbas Araqchi made the remarks in an address to the second panel of Tehran Security Conference on Monday amid speculations about US President Donald Trump's likely withdrawal from the nuclear agreement, known as the Joint Comprehensive Plan of Action (JCPOA).

"The US president has taken many actions over the past year to destroy the JCPOA and it is even possible that the JCPOA would be dismantled in the next few days through measures he seeks to take," the Iranian diplomat said.

He also urged the region and the international community to adopt necessary measures in preparation for a possible US pulling out of the nuclear accord.

The US president delivered an anti-Iran speech on October 13, in which he said he would not continue to certify Iran’s compliance with the terms of the JCPOA, a central foreign policy achievement of his predecessor, Barack Obama, and warned that he might ultimately terminate the agreement.

"Our region will suffer the most from the US withdrawal from the JCPOA," he said, urging European countries to take "specific measures" to encourage European firms and banks to cooperate with Iran.

The senior Iranian diplomat emphasized that the JCPOA could serve as a model for solving issues through negotiations and a win-win game.

"The JCPOA must turn into a successful experience in the international arena and the US must also play its role in [safeguarding] the JCPOA, because its collapse will not create a better region for us," Araqchi pointed out.

Since the JCPOA Implementation, the IAEA has been verifying and monitoring Iran’s compliance with its nuclear-related commitments under the nuclear deal and has consistently verified the Islamic Republic’s compliance.

Mogherini warned in December of the adverse consequences of a possible US move to step away from the landmark nuclear deal, saying it would be counterproductive.
"I have reaffirmed the European Union view that continued implementation of the Iran nuclear deal is a key strategic priority for European security, but also for regional and global security," she said.

Secretary General of European External Action Service (EEAS) Helga Schmid also said in a meeting with the Iranian foreign minister in Tehran on November that all member states of the European Union supported the full implementation of the JCPOA.

Zarif and Schmid stressed the importance of addressing the existing political challenges in the region through diplomatic dialogue.

Share to
Related News
Iran says 'all options on the table' in case US quits nuclear deal
Trump to enforce sanctions against Iran’s IRIB: Source
U.S. security experts back Iran nuclear deal
Iran: Cooperation with IAEA at stake if US violates JCPOA
Tags
Iran ، US ، withdrawal ، nucleardeal
Your Comment