TEHRAN, January 9 - Iranian ambassador to Kenya Hadi Farajvand said the country's exports to Kenya have been tripled in 2017, based on Iran's Customs Organization data. 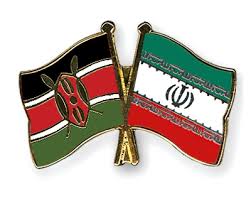 Kenya has always been among first 15 clients for Iranian exports in 2017, he said.

The volume of trading between the two countries reached $43 million with the trade balance of $32.1 million in favor of Iran, he noted.

Iranian companies have accomplished technical and engineering projects worth over $100 million, Farajvand noted.

The two countries are also in talks for projects on establishing dams, hydro power plants and fuel transfer lines, he said.