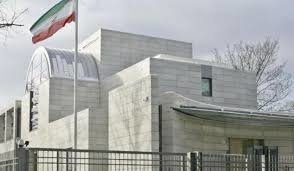 TEHRAN, Young Journalists Club (YJC) - "No notice or summon has been issued for our country's ambassador," the source said.