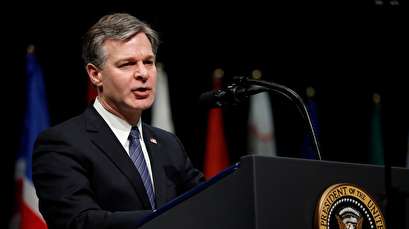 In a speech at a cyber security conference in New York on Tuesday, Wray said the FBI was unable to access data from nearly 7,800 devices last year despite possessing the legal authority to do so, Reuters reports.

This was more than half of the devices the bureau tried to crack into. “This is an urgent public safety issue,” Wray said, adding that finding a solution to the problem is “not so clear cut.”

In an effort to protect data many devices and applications now encrypt content by default. Some applications, such as WhatsApp or Telegram, use end-to-end encryption, which means private communications cannot be intercepted.

“We face an enormous and increasing number of cases that rely heavily, if not exclusively, on electronic evidence,” Wray told the International Conference on Cyber Security.

Finding a solution to the problem will require “significant innovation,” Wray said, before adding that he does not "buy the claim that it is impossible.”

“Unfortunately, there is a real and growing gap between law enforcement’s legal authority to access digital information and its technical ability to do so. The FBI refers to this growing challenge as ‘Going Dark’ and it affects the spectrum of our work,” he told the house.

“Where, at all possible, our agents develop investigative workarounds on a case-by-case basis, including by using physical world techniques and examining non-content sources of digital information (such as metadata). As an organization, the FBI also invests in alternative methods of lawful engineered access.”