TEHRAN, January 10 - UN Secretary General Antonio Guterres has hailed the progress made in the talks between North and South Koreas for easing tensions on the peninsula, an attitude that has "sidelined" US President Donald Trump, according to a New York-based political commentator. 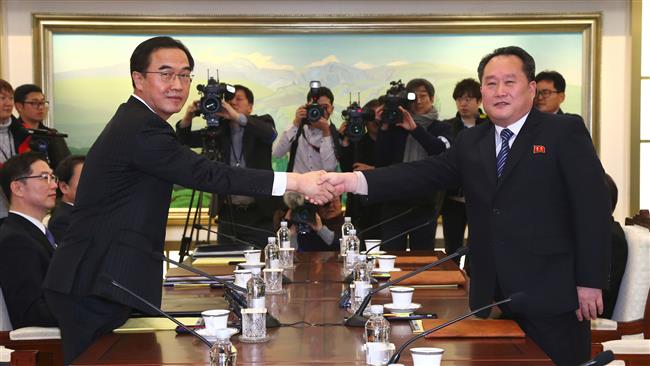 The UN chief further lauded Pyongyang's decision to send a delegation to the upcoming Pyeongchang Winter Olympics to be held in South Korea next month.

"The re-establishment and strengthening of such channels is critical to lowering the risk of miscalculation or misunderstanding and to reduce tensions in the region," added the statement.

The announcement was made after delegates from North and South held their first official talks in two years at Panmunjom in the Demilitarized Zone which divides the two Koreas.

According to James Petras, a Bartle professor emeritus of sociology at Binghamton University, the two countries are attempting to avoid "a Trump-induced war."

“I think the two Koreas have recognized that a Trump-induced war would be totally destructive,” Petras told Press TV in a phone interview on Tuesday. “Trump is being sidelined now by the South Korean agreement to share the Olympic games.”

Turning back on Trump

The US commander in chief has taken credit for the Seoul-Pyongyang agreement, claiming that his pressure has led to the new thaw in ties, a claim Petras described as “a flat lie.”

“It’s very clear that North Korea and South Korea are entering into a very serious dialog independently of the Trump administration’s threats to bomb and start a nuclear attack,” he said. “The US position was creating tensions and hostilities and now the fact that South Koreans have turned their back on Trump, he is trying to take credit for opining up this important dialog.”

The evidence for that, Petras suggested, is deployment of troops to the volatile region.

“The US continues to send its forces -- ground air, and maritime – targeting North Korea while the South Koreans are looking toward a positive dialog.”

The US has cautiously welcomed the talks held between the two Koreas over the North's participation in the winter games.

According to a statement released by the US State Department on Tuesday, American officials would cooperate with Seoul to make sure that the North's sending of a team "does not violate the sanctions imposed by the UN Security Council over North Korea's unlawful nuclear and ballistic missile programs."

Also on Tuesday, the White House announced that the North's decision to take part in the winter games will not affect the US's attendance. 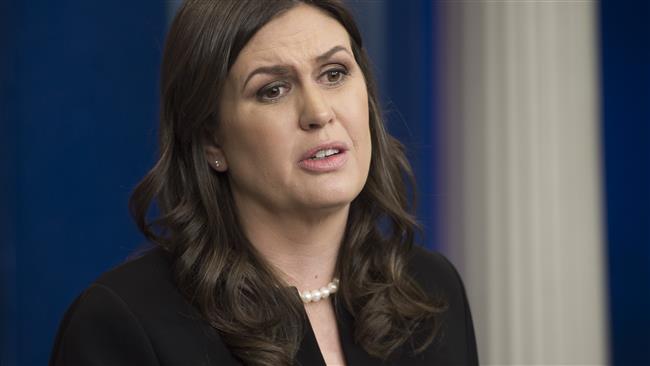 "It doesn't affect the US participation in the Olympics. The North Korean participation is an opportunity for the regime to see the value of ending its international isolation by denuclearizing," said White House, press secretary Sarah Huckabee Sanders.

"I hope we can continue to move forward on that front, but certainly doesn't affect our participation.” she added.

Seoul taking a path to peace

On Wednesday, South Korean President Moon Jae-In said that Denuclearization of the Korean peninsula is "the path to peace and our goal."

He added that he was also willing to meet North's leadership if the conditions were right.

Earlier, North Korea said that all of its nuclear weapons are aimed at the US not Pyongyang’s “brethren” in South Korea, asserting that its nuclear program will be non-negotiable in the coming talks with Seoul. 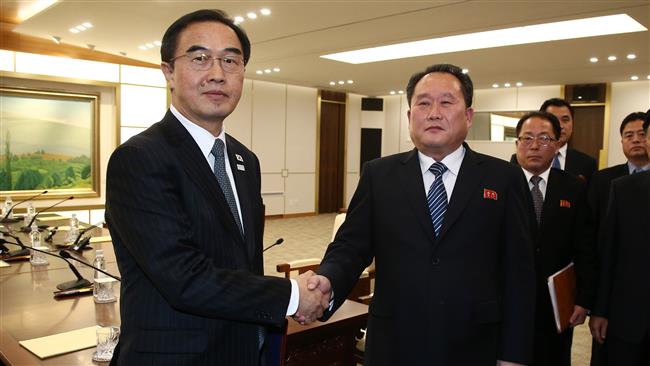 North Korea says all its nuclear weapons are aimed at the United States not Pyongyang’s "brethren" South Korea.

The two Koreas have long had strained ties. They have been separated by a heavily militarized border since the three-year-long Korean War came to an end in 1953. The conflict ended with an armistice rather than a formal peace treaty, leaving many families separated at the two sides.

Tensions have been running high on the Korean Peninsula over the past year, which saw several missile and nuclear launches by Pyongyang as well as an exchange of military threats between US President Donald Trump and North Korean leader Kim Jong-un.

Pyongyang defends its military program as a deterrent against potential foreign aggression. The North views joint war games between the US and its neighbors as a rehearsal for war, and has repeatedly urged South Korea and Japan to stop such drills.

Russia and China, which are viewed as allies of the North, have welcomed the upcoming inter-Korean negotiations.

The UN and the US have imposed a series of sanctions against Pyongyang over its nuclear and missile programs in recent months.

The US-drafted UNSC resolution seeks to ban nearly 90 percent of refined petroleum exports to North Korea by capping them at 500,000 barrels per year.

North Korea has already demanded a halt to what it called “brutal sanctions” imposed by the UNSC, saying the previous bans imposed after Pyongyang’s sixth and most powerful nuclear test on September 3 constitute “genocide.”