TEHRAN, January10 -The director of Israel’s Mossad spy agency has acknowledged that the regime is spying on the Islamic Republic, once again voicing Tel Aviv’s support for violence in Iran. 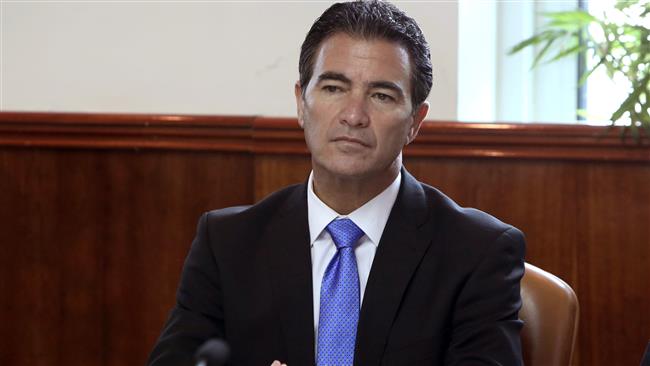 TEHRAN, Young Journalists Club (YJC) - “We have eyes and ears and more, even in Iran,” Yossi Cohen told an Israeli Finance Ministry conference in Jerusalem al-Quds on Tuesday, The Times of Israel reported on Tuesday.

The acknowledgement came a week after Iran’s Prosecutor General Mohammad Jafar Montazeri blamed Mossad and the US Central Intelligence Agency (CIA) for orchestrating the unrest.

He said that “a bunch of scavengers” wanted to take advantage of “the disgusting corpse of the riot,” but were identified by Iranian intelligence and security agents.

Cohen said elsewhere in his comments that although the latest protests in Iran were over economic woes, he would be happy if “a social revolution” occurred in the country.

“Iranian citizens went out to demonstrate because of the economic situation,” the Mossad chief said. “That’s what brought them out on the streets. There’s no need for great expectations, even though I would be very happy to see a social revolution in Iran,” he said, adding wishfully that, “Maybe it will happen in the future.”

Some two weeks ago, some peaceful protests were held in Iranian cities against price hikes and the overall economic condition of the country. Limited numbers of violent individuals, some of them armed, later sought to turn the peaceful protests into street riots. However, the original protesters soon heeded calls by authorities to leave the streets so that their legitimate activities would not play into the hands of violent rioters.

The US and Israel cheered the rioters, sparking anger among Iranians, who took to the streets in large numbers over the course of several days to express their faith in the Islamic establishment and repudiate the unrest.

Speaking on Tuesday, Leader of the Islamic Revolution Ayatollah Seyyed Ali Khamenei said a “triangle” of enemies — including Israel — had been plotting for the past few months to foment chaos and violence in Iran.
Mossad has been involved in the assassination of several Iranian nuclear scientists in the past years.

Iran has sentenced to death the individuals it found guilty of cooperating with the Israeli spy agency and providing information to it.

‘Israel may be using agent provocateurs in Iran’

Meanwhile, an academic said Cohen’s remarks could suggest the use of “agent provocateurs” in Iran.

“In the context of Iran, this would be a classic color revolution tactic to bring about violence that would necessitate a government response that would then lead to calls for a humanitarian intervention, aka an attack or war against… the country,” David Yaghoubian, a professor of history at CSU San Bernardino, told Press TV in an interview on Wednesday.

“So I believe that the statements by Mr. Cohen for whatever reason that he was forthcoming can potentially allude to not only just spies on the ground in Iran but also groupings of agent provocateurs who could subvert, derail, or change the trajectory of what could potentially be simply peaceful protests,” he said.