TEHRAN, January 11 -The EU and Norway are set to convene an “extraordinary session” of donor countries to Palestine after the US’s pro-Israel policy shift on Jerusalem al-Quds and its threat to cut aid to the UN’s Palestinian refugee agency. 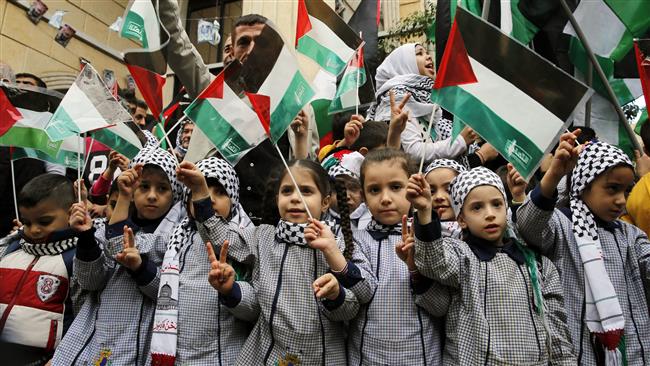 TEHRAN, Young Journalists Club (YJC) -The EU and Norway are set to convene an “extraordinary session” of donor countries to Palestine after the US’s pro-Israel policy shift on Jerusalem al-Quds and its threat to cut aid to the UN’s Palestinian refugee agency.

The meeting of the Ad Hoc Liaison Committee (AHLC), scheduled to be held on January 31 in Brussels, is meant to discuss US President Donald Trump’s recent threat, the so-called two-state solution to the Israeli-Palestinian conflict and a reconciliation process between Palestinian political factions.

“There is an urgent need to bring all parties together to discuss measures to speed up efforts that can underpin a negotiated two-state solution,” the EU said in a statement on Wednesday.

Chaired by Norway, the AHLC is the key coordination mechanism for assistance to the Palestinian Authority (PA).

The Palestinian Authority says it would reject all US-sponsored peace talks until Washington rescinds its December 6 recognition of Jerusalem al-Quds as the capital of “Israel.”

PressTV-Mogherini rejects Israeli call for EU to follow US lead
Mogherini says the EU will continue to recognize the "international consensus" on Jerusalem al-Quds as she meets Israeli Prime Minister Benjamin Netanyahu in Brussels.
Trump tweeted on January 2, “with the Palestinians no longer willing to talk peace, why should we make any of these massive future payments to them?” He continued, “We pay the Palestinians HUNDRED OF MILLIONS OF DOLLARS a year and get no appreciation or respect.”

Both the Palestinian Authority and the Hamas resistance movement have slammed Trump’s threat as political “blackmail,” stressing that the Palestinian nation will not give in to such pressure tactics.

Human Rights Watch also criticized the US administration’s decision to stop aid to United Nations for Relief and Works Agency for Palestine Refugees (UNRWA) on Wednesday, saying the move amounts to blackmailing Palestinians for the food and education of refugee children.

“It is vindictive for the US government to deprive the UN of money to feed and educate Palestinian children in order to blackmail the Palestinian Authority into rejoining Trump administration-led peace negotiations,” the Palestine News Network quoted Kenneth Roth, executive director of Human Rights Watch, as saying.

“If the US government proceeds with this bullying tactic, other governments should step in to fill the gap so that programs aren’t forced to shut down,” he added.

PA officials indicated over the weekend that President Mahmoud Abbas would meet with EU foreign ministers on January 22 in Brussels, where he is to ask them to recognize a Palestinian state on the pre-1967 territories with eastern Jerusalem al-Quds as its capital in response to Trump’s declaration on the Israeli-occupied city.

The EU’s statement further touched on the Hamas-Fatah reconciliation deal, which was reached in Egypt in October 2016, saying “it is necessary to enable the Palestinian Authority to execute full control over Gaza, based on the Cairo agreement.”

Under the reconciliation deal, the PA is to take control of Gaza, and end a string of punitive measures against the coastal enclave, including its refusal to pay Israel to provide the besieged territory with electricity.

The Palestinian Authority, however, has missed a deadline for the takeover of the Gaza Strip, which had been set for December 1, and continues to implement sanctions against the enclave.