China will not attend ‘meaningless’ Vancouver summit on North Korea 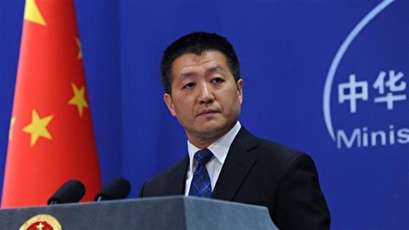 A spokesman for the Chinese Foreign Ministry said on Wednesday that China believed that the meeting — to be held in Vancouver on January 16 — would set back rather than advance efforts to resolve a dispute over North Korea’s weapons programs.

For unknown reasons, Canada has declined to publicize the names of the countries that have been invited to the summit, which will be attended by US Secretary of State Rex Tillerson and Canadian Foreign Affairs Minister Chrystia Freeland. It was not clear if China has been invited.

“Whether Canada has invited [China] or not is not important. We have said that in a context that all relevant parties are proactively discussing how to properly handle the peninsula issue, it is strange that some relevant parties are using Cold War approaches. So from the beginning, China believes such a meeting is meaningless and we are resolutely opposed to it,” Chinese Foreign Ministry spokesman Lu Kang said at a daily news briefing in Beijing in Wednesday.

“It will only create divisions within the international community and harm joint efforts to appropriately resolve the Korean Peninsula nuclear issue,” he added.

Russia, another North Korean neighbor and influential player, is also reportedly expected to be absent at the meeting. This is while there have been signs that Colombia, Greece, and India — countries of peripheral relevance to the North Korean issue — will be in attendance.

The Vancouver summit is apparently meant to show “international solidarity” against the perceived threat from North Korea, discuss ways to strengthen sanctions against the country, and discuss potential diplomatic solutions to the dispute with it.

Tensions ran high on the Korean Peninsula over the past year. North Korea launched several missile and nuclear tests and South Korea took an aggressive military posture along with the US against the North.

But tensions began to decrease when North Korean leader Kim Jong-un used his annual New Year address to express interest in dialog with the South as well as in North Korean participation in the Winter Olympic Games, to be held in the South Korean city of Pyeongchang. South Korea quickly responded by proposing high-level talks with the North on January 9, which North Korea agreed to and which were held according to schedule.

In a confused approach, the US, whose President Donald Trump has used insulting words against Kim, first attempted to downplay the inter-Korean talks but then sought to claim credit for them.

Russia and China both welcomed the talks.

Observers said the North Korean overtures to the South — which continued in more ways than the offer of talks — worked to sideline the US, which has long sought involvement in the Korean dispute. By organizing the Vancouver summit, the US may have attempted to take center stage again.

But with the absence of influential players China and Russia, it will be unclear what the summit could achieve.

Pyongyang defends its weapons programs as a deterrent against potential aggression by the US and its regional allies, including South Korea. The North says the regular joint war games by the US, South Korea, and Japan, are rehearsals for war, and has repeatedly urged Seoul and Tokyo to disengage from such drills.