TEHRAN, January 11 -Indian authorities have arrested four cricketers for wearing the jerseys of the Pakistani cricket team and standing in honor of the archrival’s national anthem before the start of a match in the disputed Kashmir region. 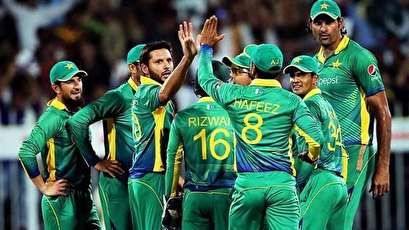 TEHRAN, Young Journalists Club (YJC) - Indian authorities have arrested four cricketers for wearing the jerseys of the Pakistani cricket team and standing in honor of the archrival’s national anthem before the start of a match in the disputed Kashmir region.

The players were arrested from Bandipora district of the region after a video of the game, which took place between two local teams in Arin village on January 4, went viral on social media.

The video shows the youths wearing Pakistan's cricket team jerseys lined up with their heads bowed as ‘Pak Sarzameen’ plays over a loudspeaker in the background.

Senior Superintendent of Police, Sheikh Zulfikar Azad, said both teams participating in the cricket match had been booked. However, only four cricketers were arrested.

Local news portals reported that the police are also looking for the organizers of the game, who arranged the shooting of the video.

Last April, at least 11 Kashmiri cricketers were detained in the region’s central Ganderbal district after a video clip surfaced on social media, showing them wearing the Pakistani team’s jersey with the neighboring country’s national anthem playing in the background.

New Delhi regularly accuses Pakistan of arming and training militants and allowing them across the restive frontier in an attempt to launch attacks on Indian forces. Pakistan, however, strongly denies the allegation and accuses India of committing “war crimes" in Kashmir and “exporting terror” to Pakistan.

People in the Muslim-majority Kashmir have for years demanded independence or a merger with Pakistan. India has ignored the call and continues to police the region with a 500,000-strong military force. About 70,000 people have been killed in India’s crackdown in Kashmir since 1989.