TEHRAN, January 11 - Iran said US aviation giant Boeing will have to obtain an authorization from the administration of President Donald Trump within the next month for sales of 30 planes to its Aseman Airlines. 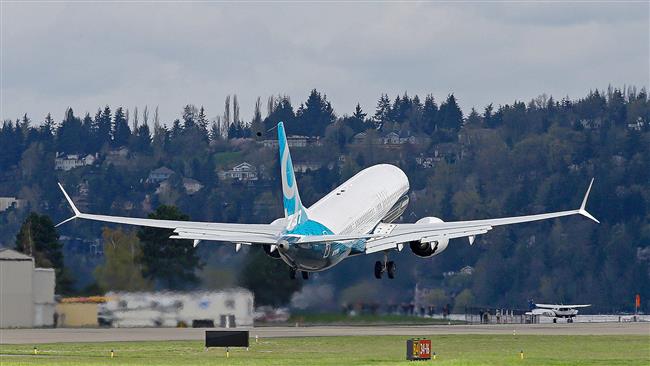 TEHRAN, Young Journalists Club (YJC) - Mohammad Gorji, the deputy for aviation affairs of Aseman Airlines, was quoted by Iran’s domestic media as saying that Boeing was trying to obtain the authorization from the Office of Foreign Assets Control (OFAC) of the US Treasury Department.

Gorji added that the American aviation giant was struggling to make the agreement for sales of the planes – 737 MAX jets – operational “as soon as possible”.

He said Aseman Airlines had a serious plan to purchase another 30 planes of the same class after the delivery of all the jets subject to the current agreement.

The official emphasized that Boeing was to provide 95 percent of the funding required for the purchase of the jets to Aseman Airlines. The remaining 5 percent, he said, would be provided by Aseman Airlines, itself.

The agreement to buy 737 MAX jets was signed between the two sides last August.

This came after almost a year of negotiations between Aseman Airlines and the US aviation giant, according to an IRNA report published at the time the contract was signed.

Boeing is to provide 50 planes of the same type to Iran’s flag-carrier airline Iran Air through a similar agreement. The overall value of Iran Air’s order that also involves 30 long-range wide-body 777 aircraft is estimated to be $16.6 billion.

Boeing 737 MAX planes have a passenger capacity of 130 people and are specifically adequate for domestic and regional flights, IRNA added in its report.

The planes that Aseman Airlines has purchased from Boeing would increase the company’s passenger transportation capacity to above 8,000 seats.