TEHRAN, January 11 - Bahraini regime officials have sentenced a Shia clergyman to one year in prison over his support for prominent Shia cleric, Sheikh Isa Qassim, who has been stripped of citizenship by the Al Khalifah regime and is suffering from deteriorating health. 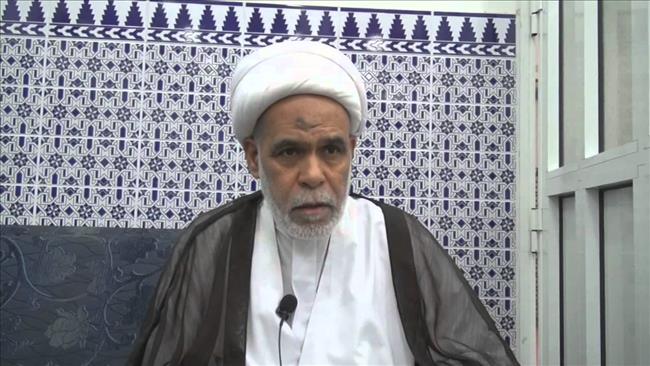 TEHRAN, Young Journalists Club (YJC) - Bahrain's Court of Appeals upheld a ruling against Sheikh Hamza al-Dairi over his participation in a sit-in near Sheikh Qassim's residence in the northwestern village of Diraz, situated some 12 kilometers west of the capital Manama, in late May last year.

Bahraini troopers arrested the clergyman as soon as he left the court building.

Ahmed Ali al-Attiya, born to a Saudi father and a Bahraini mother, was handed over to Saudi authorities.

On May 21, a Bahraini court convicted Sheikh Qassim of illegal collection of funds and money laundering and sentenced him to one year in jail suspended for three years.

It also ordered him to pay $265,266 in fines. The court ruling sparked widespread demonstrations across the kingdom.

Bahraini authorities stripped the cleric of his citizenship on June 20, 2016. They later dissolved the Islamic Enlightenment Institution, founded by him, in addition to the opposition al-Risala Islamic Association.

United Nations spokesman Stephane Dujarric demanded last November that the top Shia cleric be released, and asked for immediate medical attention for him.